Farmers have constitutional right to take out rally: Unions 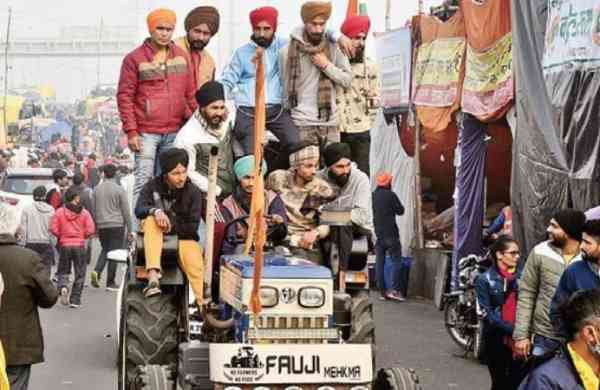 Express News Service
CHANDIGARH: Protesting union leaders on Monday said farmers have a constitutional right to take out their tractor rally peacefully and asserted that thousands of people will participate in the proposed event on January 26.

BKU (Ekta Ugrahan) president Joginder Singh Ugrahan said if the Delhi Police has a problem over thee law and order situation on Republic Day, it can hold a meeting with the Sankyukt Kisan Morcha and suggest alternative routes for the tractor parade.

“Thereafter, our farmers’ committee will decide accordingly. But, it is very clear that the tractor march will be taken out in the national capital on January 26.’’BKU Punjab, (Lakhowal Group) general secretary Harinder Singh Lakhowal said: “We will take out the rally peacefully. We will exercise our constitutional right and we will definitely enter Delhi.”

Meanwhile, the farmers on Monday observed ‘Mahila Kisan Divas’ in more than three hundred  districts of the country in recognition of the contribution of women in 75 per cent of all agricultural work, including sowing, transplanting, irrigation, weeding, harvesting, transporting, sorting, packing and in animal labour involved in rearing including provision of fodder, grazing, milking, cleaning, manufacture of dung cakes and processing of milk.

At various places in Punjab and Haryana, women speakers managed the stage and the protest site. Thousands of farmers, especially from Punjab, Haryana and parts of UP, are protesting for nearly two-months at various Delhi borders against the three farm laws.