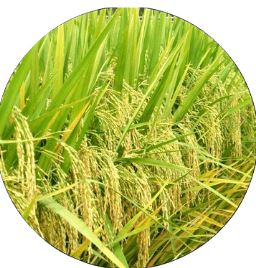 Chhattisgarh government is trying to give all possible facilities to the farmers of the state. About 260 new paddy procurement centers in the state have been set up in this Kharif marketing year with the objective of facilitating farmers to sell the paddy produced by them around their residence or village. In the same sequence, the farmers of remote Eelmidi area under Usur tehsil of Bijapur district are now happy that they got relief from going to a paddy procurement center 10 to 20 km away to sell paddy at support price. Now about 425 farmers in 14 villages of this region will have the facility to sell paddy at the new paddy procurement center, Eelmadi. All this has been made possible by the state government’s approval to open a new paddy procurement center at Eelamidi in view of the convenience of the farmers of remote areas of the district. Farmer Rosaiah Channam, a resident of Eelmidi, expressed happiness over opening of a paddy buying center in his village, stating that after paddy minjai, he had to face inconvenience by going 10 km to Awapalli to sell his paddy. Now this problem will be removed by opening paddy procurement center in the village itself. He said that last year 20 quintals of paddy were sold on support price, about 36 thousand 300 rupees was paid directly through bank account. On the other hand, according to the decision of the Chief Minister of the state, Mr. Bhupesh Baghel, to buy paddy from farmers at a support price of Rs. 2500, the remaining amount has been received in three installments under Rajiv Gandhi Kisan Nyaya Yojana. Like Rosaiah Channam, Eelmidi farmers Prakash Enel and Arjun Kaka expressed gratitude to the state government for opening a new paddy procurement center in their village, saying that Lankapalli, Jinippa, Ippenta, Angapally, Sakanapalli, through Eelmidi Paddy Procurement Center , Farmers of remote villages like Muzalkanker, Semaldodi, Perampalli, Bhattiguda, Farsapalli, Raghiguda, Gubalguda and Gupakonta will be able to sell their produce. It is known that as per the decision of the state government, under Kharif marketing year 2020-21, paddy procurement will start from December 1 on the support price. From November 27, tokens are being issued to registered farmers for paddy purchase at support price.