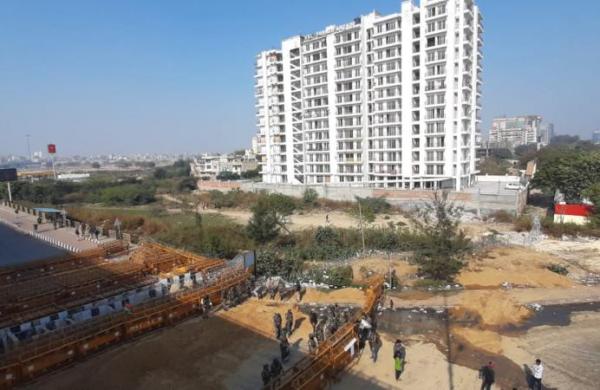 By ANI
NEW DELHI: Drone cameras were deployed at Tikri border on Saturday to monitor the law and order situation in the wake of ‘chakka jam’ call by the farmer unions who were protesting against the farm laws for over two months at the national capital’s border.

Farmers on Monday announced a countrywide ‘chakka jam’ on February 6. Due to that heavy police personnel deployed across Delhi-NCR including Shahjahanpur (Delhi-Rajasthan) border.

Around 50,000 personnel of Delhi Police, Paramilitary and Reserve Forces deployed in Delhi-NCR region to maintain law and order situation here. At least 12 metro stations have also been put on alert, police said.

“Around 50,000 personnel of Police, Paramilitary and Reserve Forces deployed in Delhi-NCR region. At least 12 metro stations in the national capital have been put on alert for closing the entry and exit, in view of any disturbance,” Delhi Police said.

Meanwhile, security across Delhi tightened today with the deployment of extra forces, putting up multi-layered barricades and barbed wires on the roads ahead of the proposed ‘chakka jam’ by farmer unions.

Heavy deployment of police personnel seen at Red Fort, as a preventive measure to dispel actions resulting from the calls for ‘chakka jam.’

Police along with the barricading measures at the Minto Bridge area deployed. The area has been blockaded as a peremptory counter-measure to thwart the calls. Barbed wires placed over police barricades seen in Delhi’s ITO area.