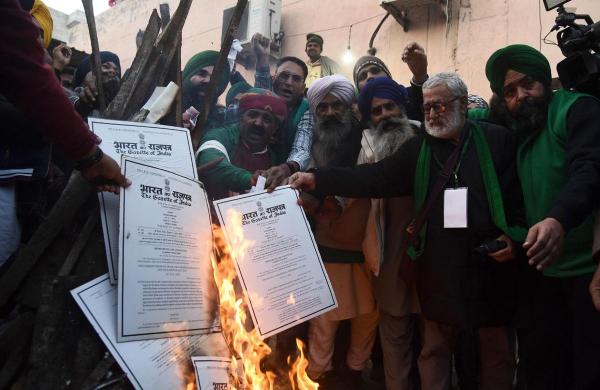 By PTI
BANDA: Protesting farmers in Banda and Mahoba districts of Uttar Pradesh on Wednesday burnt copies of the new agriculture laws and said their agitation will continue till the legislations are withdrawn.

Led by national president of Bundelkhand Kisan Union Vimal Kumar Sharma, farmers staged a protest at the Ashok Lat tri-section at the Banda district headquarters in the evening and burnt copies of the new farm laws.

Speaking on the occasion, Sharma said farmers’ protest on the issue would continue despite the Supreme Court constituting a committee and putting the new laws on hold.

He said the farmers want nothing less than the repeal of the agri laws.

Raising slogans against the central government, the farmers burnt copies of the farm laws.