Farmers are successful in increasing production and income through modern farming 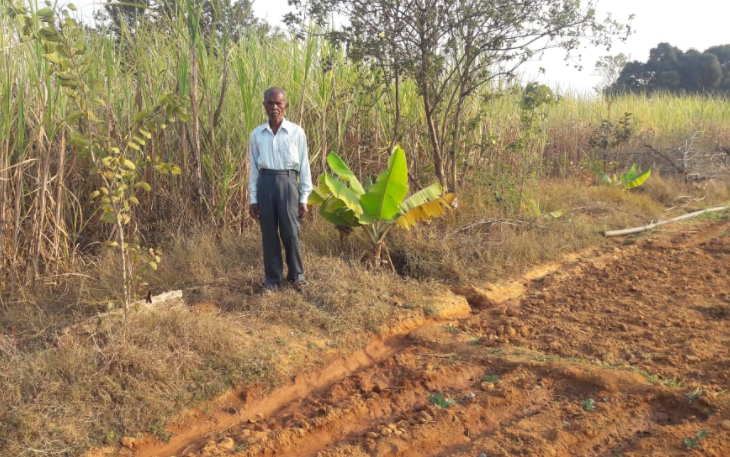 In Chhattisgarh, various schemes are being run by the state government for the benefit of farmers. Due to which farmers are taking advantage of these schemes and adopting modern farming and increasing their income. Shri Loknath Ram of village Bagbudi of Duldula development block in Jashpur district has adopted modern agriculture by taking advantage of government schemes and abandoning traditional agriculture. Loknath had been doing traditional farming earlier. Due to which they depended on rain for irrigation of crops. They thought of doing modern farming instead of traditional farming. After contacting the officers of the Agriculture Department, they have been doing scientific farming in a scientific manner by taking technical advice given from time to time. Due to which their cost is reduced and profit is getting higher. He started cultivating mishrit on his land of about 4 acres, taking advantage of schemes operated in other departments including agricultural horticulture, CREDA. In which crops like sugarcane, groundnut, urad are being cultivated as well as seasonal vegetables tomato, onion, garlic. At present, peas, cabbage and other crops are being taken by them during the Rabi season. He told that he will get income of about 1 lakh from this year’s farming.
The district administration is also cooperating to make Loknath economically independent through agriculture. By providing information about various schemes to them, the Agriculture Department has made available various types of vegetable seeds, sprinkler sets and other facilities. He was also advised to use organic manure to increase the fertile capacity of the soil. Solar panels were installed in his field through a grant from CREDA Department. Due to which they did not have the problem of irrigating crops. He was encouraged by the Agriculture Department to cultivate sugarcane. That is why they have cultivated sugarcane in their fields this time. Now Loknath wants to get the dairy constructed in his field through MNREGA and also raise fish in it. Due to modern and advanced farming techniques, the production of Loknath is also getting good and income as well. With this, the financial situation of Loknath and his family is strengthening and they are motivating other farmers of the area.