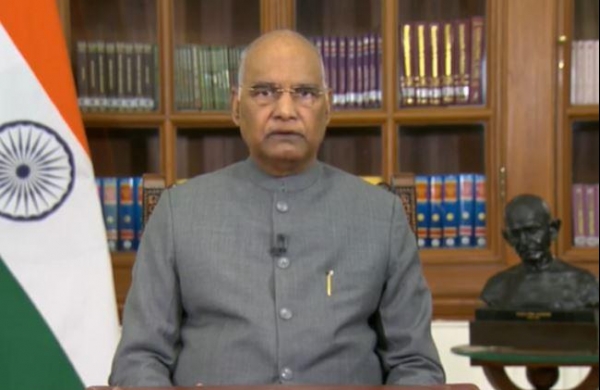 By ANI
NEW DELHI: The Congress party has decided to go strong against the central government in the Budget Session commencing from Friday. Farmers’ agitation against the farm laws, hike in fuel prices and Chinese incursion will be on the agenda of the party this time.

At the same time, the party is likely to boycott the President’s address to the house as well.

The strategy has been finalised in the meeting of the ‘Parliament Strategy Group’ held on Wednesday. It was chaired by Congress interim president Sonia Gandhi via video conferencing and attended by senior party leaders.

According to the sources, the party will go strong on the floor against the government on farmers agitation against the farm laws and will try to compel the government to repeal the laws as it is going to affect the agriculture sector badly and farmers are agitating for more than two months.

Party has also decided to reach out to the like-minded Opposition parties to Chalk out a joint strategy on the issues, UPA Chairperson Sonia Gandhi is in touch with the Opposition Leaders for this and will be doing a Virtual Meeting for this, sources said.

The virtual meeting of ‘Parliament Strategy Group’, which was attended by Former Prime Minister Manmohan Singh, Leader of Opposition in Rajya Sabha Ghulam Nabi Azad, Deputy LoP Anand Sharma and other party leaders like P Chidambaram, Manish Tiwari, Gaurav Gogoi, Manickam Tagore and K Suresh, has also decided to reach out to opposition parties for the boycott of President’s address.

“Ghulam Nabi Azad has been tasked to initiate talks with the party’s stakeholders. Party’s strategy is clear that government must repeal the farm laws and should put up the stand on the current economic condition in the country including Chinese incursion at the northern borders and compromise with the national security in the WhatsApp chat leak case,” a leader present in the meeting told ANI.

The Congress party has called for a convention on the farm laws from Block to State level across the country. In the recent Congress Working Committee (CWC) meeting, three resolutions were passed including demand for Joint Parliamentary Committee (JPC) into “shocking revelation endangering national security on WhatsApp chat leak” and demand to Central government for repealing of farm laws.

The Budget session of Parliament will begin on January 29 with an address by President Ram Nath Kovind. The Union Budget will be presented on February 1.

Members of Parliament have been requested to undergo an RT-PCR test against COVID-19 before the start of the Budget session.