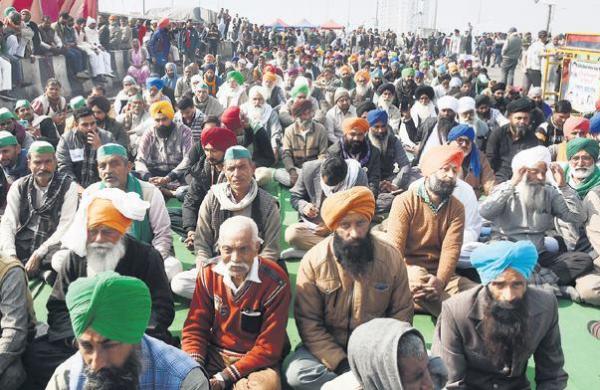 By PTI
NEW DELHI: The government on Tuesday informed Lok Sabha that 39 cases were registered between September and December 2020 against farmers protesting against the agri laws at Delhi’s borders and said they “aggressively resorted to rioting, damage to property and used criminal force” against public servants.

Union Minister of State for Home G Kishan Reddy also said that the protesting farmers were not following social distancing and gathered in large numbers without face masks amid the COVID-19 pandemic.

“Insofar NCT of Delhi is concerned, the Delhi Police has informed that 39 cases have been registered against the farmers protesting the recently passed ‘farm laws’ between September and December, 2020 at Delhi border,” he said in a written reply.

Reddy’s reply implies that these 39 cases were excluding those registered after the farmers’ tractor rally violence on January 26.

He said the Delhi Police has also informed that one suicide case has been reported to it during the protest against the contentious farm laws.

On police using tear gas and resorting to baton charge against protesting farmers, the minister said it has been reported that at Delhi borders, large convoys of agitating farmers in tractor trolleys tried to furiously force their way and go past police barricades to enter Delhi.

“They aggressively resorted to rioting, damage to government property and used criminal force to deter public servants from the discharge of their duty, thereby inflicting injuries to the on-duty police personnel.

“Moreover, social distancing was not followed by the farmers and protestors and they gathered in large numbers without face masks amid COVID-19 pandemic.

The farmers’ actions left the Delhi Police with no option but to use tear gas, water cannons and mild force to control the crowd,” Reddy said.