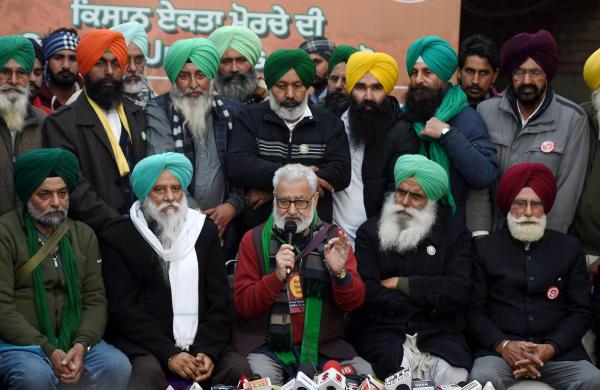 By PTI
NEW DELHI: The Samyukta Kisan Morcha, an umbrella body of farmer unions protesting against the Centre’s three agri laws, on Tuesday said it would send a team of leaders to the poll-bound West Bengal and Assam in a bid to appeal to voters not to vote for the “anti-farmer” BJP.

Farmer leader Darshan Pal said in a statement that the visit will be spread over three days starting from March 12.

Pal told PTI that the team will have 4-5 people including him and Yogendra Yadav.

The final details will be known on Wednesday, Kavitha Kuruganti, a member of SKM, said.

Assembly elections in West Bengal and Assam will begin on March 27.

The SKM also said the number of farmers who have “sacrificed their lives” in the agitation has crossed 280 on Tuesday.

“Today, a 50-year-old farmer Radheshyam from Jind district of Haryana got martyred at Tikri Border,” it said.

The farmer body also condemned an “attack by ABVP” on labour rights activist Nodeep Kaur at Delhi University on Monday, where she was to address a women’s day programme.