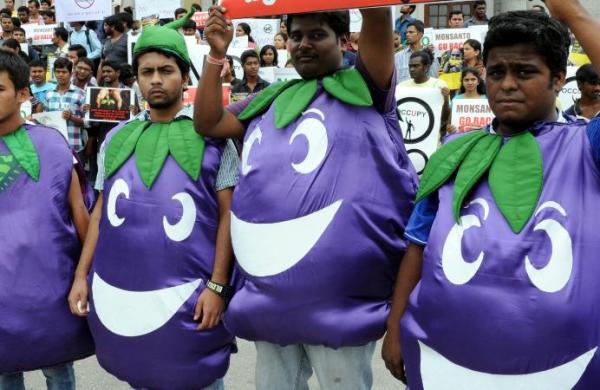 By Express News Service
NEW DELHI: A group of farmer organisations on Friday wrote to the union environment ministry’s expert committee on genetically modified (GM) crops, asking it to immediately ensure that no illegal cultivation of such crops takes place in violation of existing rules and norms.

The coalition for a GM-free India said that illegal planting of crops like GM brinjal is being undertaken, in a brazenly challenging manner at that, in Maharashtra. “We urge the apex regulatory body Genetic Engineering Appraisal Committee (GEAC) to immediately ensure that no such illegal cultivation takes place, that too in open violation of the legal regime on the matter,” it said.

The organisations added it will be important for GEAC to take up not just the immediate destruction of the said plots, but event-specific testing of samples collected in each of these cases, to ensure that the seed supply system is traced properly and event developers as well as seed suppliers are held liable.

Anil Ghanwat, president of Shetkari Sanghatana (SS), had said that farmers are cultivating herbicide-tolerant Bt cotton and Bt brinjal and would soon start field trials on other GM crops including maize, soya and papaya.

The Central government had announced in the Rajya Sabha that proposals for field trials of GM crops, including Bt brinjal, will not be taken up for consideration in the GEAC without the recommendation of the concerned state government.

A moratorium was imposed on the commercial release of any GM crop in 2010. Right wing farmer organisation, Bhartiya Kisan Sangh, recently wrote to state governments to not give ‘No Objection Certificate’ for bio-safety field trials of Bt brinjal.