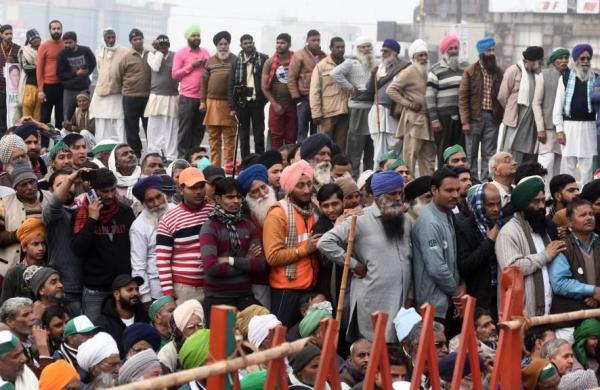 By PTI
NEW DELHI: The Supreme Court-appointed committee on the three new farm laws is scheduled to hold its first meeting with members on Tuesday at Pusa campus here, its member Anil Ghanwat said.

“We are going to meet tomorrow. Only members will meet to discuss the terms of reference and decide the future course of action,” Ghanwat, president of Shetkari Sanghatana (Maharashtra), told PTI before boarding a flight to Delhi.

The Supreme Court had on January 11 stayed the implementation of the three laws, against which farmers are protesting at Delhi borders for over 50 days now, till further orders and appointed a four-member panel to resolve the impasse.

Apart from Ghanwat, agri-economists Ashok Gulati and Pramod Kumar Joshi are the other members of the panel.

The panel will hear views of farmers across the country, both who support and oppose the new farm laws, and submit a report within two months to the apex court.

Meanwhile, the Centre on Monday said both sides want to resolve the long-continuing stalemate at the earliest but it was getting delayed due to involvement of people of other ideologies.

Asserting that the new farm laws are in the interest of the farming community, the government said obstacles do come whenever good things or measures are taken and it is taking longer to resolve the issue as farmers’ leaders want a solution their own way.

The tenth round of talks between the Centre and 41 protesting farmers’ unions is scheduled for Tuesday at 12 noon at Vigyan Bhawan in the heart of the national capital.

Separately, a Supreme Court-appointed panel to resolve the crisis is also scheduled to hold its first meeting on Tuesday.

The previous rounds of talks between the government and farmers have failed to reach any concrete results, as protesting unions have stuck to their main demand for repealing the new laws, but the government has refused to do so.

Speaking to PTI, Minister of State for Agriculture Parshottam Rupala said: “It is different when farmers talk to us directly. When leaders get involved, then it becomes difficult. There could have been early solution had the discussions were held with farmers directly.”

Since people of different ideologies have entered into the protest, they want a solution in their own way, he said.

“Both sides want a solution, but they have different points of view and hence it is taking more time. But a definite solution will emerge,” he noted.

Thousands of farmers, especially from Punjab, Haryana and parts of Uttar Pradesh, are protesting for nearly two-months at various Delhi borders against the three farm laws enacted by the central government in September 2020.

Separately, Union Agriculture Minister Narendra Singh Tomar, while addressing a virtual event, reiterated that the three farm laws will be beneficial for farmers.

“These laws were expected earlier but the previous government could not implement because of pressure. It was the Modi government that took a bold step and brought these laws passed in Parliament Whenever a good thing happens, there are obstacles,” Tomar said.

On eve of the tenth round of meeting, a delegation of farmers representing over 270 farmer producer organizations from Madhya Pradesh, Uttar Pradesh, Assam, Karnataka, Chhattisgarh and Odisha met Rupala and appealed not to repeal the laws.

Minister of State for Agriculture Kailash Choudhury was also present in the meeting.

“We support the new laws. We don’t want the government to repeal them,” Narendra Tomar of Gwalior-based Chambal Agro FPO said after the meeting.