Farm laws not religious scriptures that changes cannot be made: Farooq Abdullah 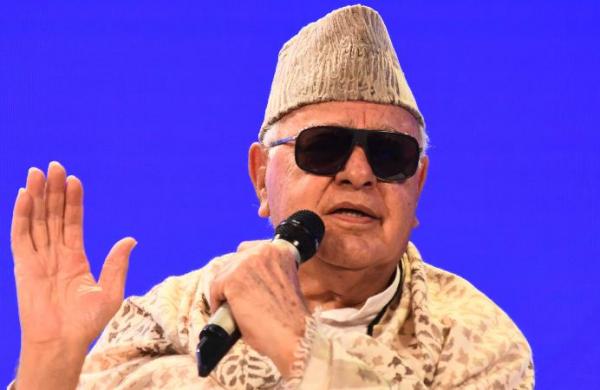 By PTI
NEW DELHI: National Conference member Farooq Abdullah on Tuesday said the new farm laws are not religious scriptures that changes cannot be made as he appealed to the Centre to hold a dialogue with the agitating farmers and come out with a solution.

He was speaking during the discussion on Motion of Thanks to the President’s address.

“I just want to make this request on the farmers’ issue. It is not a ‘Khudai kitaab’ (religious scripture) that we cannot make changes. But we have made law. If they (farmers) want it to be scrapped, why can’t you talk to them,” he said.

He also urged the law minister to bring some law to stop such activities.

“Ram belongs to all of us. The way Muslims have held on to the Quran, the Quran is not just ours.”

He also accused NDA MPs of questioning the stature of political visionaries such as Jawaharlal Nehru and said that he feels really bad when he see that fingers are being pointed at India’s first prime minister, Sardar Patel, Indira Gandhi, Rajiv Gandhi and other leaders.

“It is not Indian parampara. Respect those who have gone,” he stressed.

On the recently-concluded District Development Council (DDC) polls, he said, these happened peacefully but now elected members were being purchased to force the members to vote for others.

Congratulating Indian scientists and the Serum Institute of India for developing a vaccine against coronavirus, he said that as of now very few people were being vaccinated and efforts should be made that more and more people get the jab.

He also said that the virus has badly hit the tourism industry in Jammu and Kashmir and he has no words to explain the poverty of the people in the Union territory.