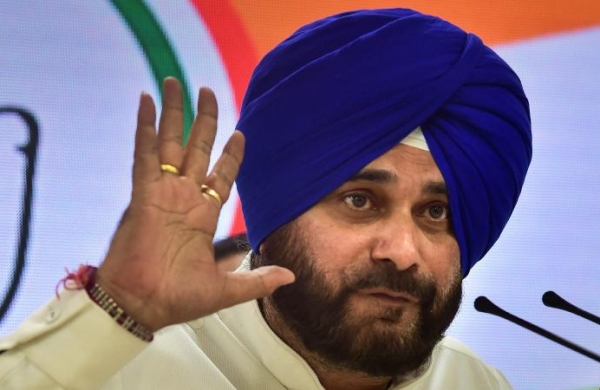 Addressing a press conference here, the cricketer-turned-politician said that the farm laws are a clear infringement by the central government on the state’s right to legislate.

“The main subjects of the three acts are agriculture and market that are essentially state subjects as per the Seventh Schedule of the Constitution. However, the central government encroached its way into the legislation by misconstruing its authority on food items, which is a subject in the Concurrent List, as authority over the subject of agriculture. However, food items and agricultural products are distinct categories,” he added.

He mentioned that the state has enough grounds to completely deny the implementation of these “black” laws in Punjab, adding, “I do not understand, why in this case, we are just amending the central laws and sending them back, when we know very well that all these amendments will not be implemented until either approved by the President of India or if the central laws are first withdrawn.”

He said that Rajasthan and Punjab have passed amendment legislations for the farm laws but the Captain Amarinder Singh-led government need to take more affirmative actions and completely deny the implementation of the three “black” laws in Punjab.

“By means of mere amendments, we are going to the constitutional heads who may not choose to help us, and maybe is not a good position to be in at this decisive critical juncture. Instead, why not use the democratic power given to us by three crores of Punjabis by honouring their aspirations? They stand by us. We must do more and take affirmative action and completely deny the implementation of the three unconstitutional black laws in Punjab.” Sidhu added.

He further said that using the power to legislate and become game-changers.

“We need to take further progressive steps from now on and help Punjab’s farmers who are looking towards us with high hopes,” said the Congress leader.

Sidhu said there was a need to support farmers in creating storage facilities to counter the corporate onslaught by the Centre. “Once farmers had storage capacity, they would be in a position to negotiate the price of their crops. In this way, the farmers could be saved from the onslaught of the corporate.”

He said the government was spending a hefty amount on the purchase of cereals.

“Why cannot we give MSP on it? The Haryana government is procuring oilseeds and selling oil out of that. We too can do so. The farmers are ready for organic farming but at least someone should come forward to support them,” he said, adding that the state should also amend the cooperative laws and allow farmers to run the same and not the bureaucrats.

The Congress leader demanded that MNREGA-like income support to all agricultural labour of Punjab should be given.

“It will benefit not only the labour as an increment in their daily wages but also help the farmer as an agricultural labour subsidy and ease their financial burden. We should increase the minimum wages of labour, linking it to inflation and the government should directly pay the difference. 36 per cent of Punjabis are Dalits, owning only 2 per cent of the land, most of them work as labour, and let us support them,” he added.

Concluding the press conference, he said that the central government has not solved such problems, as it itself is the problem.

However, their implementation has been put on hold by the Supreme Court.