Families of Trinamool brass under CBI and ED scrutiny 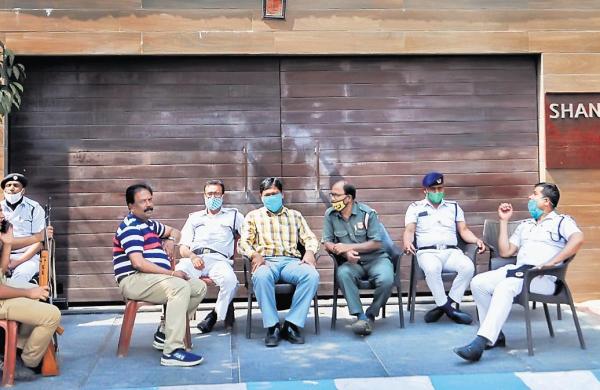 Express News Service
KOLKATA: With less than two months to go for Assembly polls in West Bengal, two central agencies swung into action in the state on Monday. A team of eight CBI officers went to the south Kolkata apartment of Abhishek Banerjee’s sister-in-law to interrogate her in connection with a coal pilferage case. Abhishek is the nephew of Chief Minister Mamata Banerjee and a constant target of BJP in the election campaign.

Almost simultaneously, the Enforcement Directorate issued a notice to Priyadarshini, daughter of Urban Development Minister Firhad Hakim, in connection with ‘suspicious’ transfer of funds overseas. Priyadarshini refuted the allegation, saying that she was being targeted for being a TMC leader’s daughter.

The CBI had on Sunday issued a notice to Abhishek’s wife Rujira in the coal case. Responding to it, she said she would be available for questioning at her residence from 11 am to 3 pm on Tuesday.In a related development, eight CBI officers went to Rujira’s sister Maneka Gambhir’s house. They had to wait for over 20 minutes, as the private security guards did not allow their vehicles to enter the housing complex. Eventually, officers of the investigating agency had to walk in.

“We interrogated her for three hours and recorded her statement. She co-operated with us,’’ said a CBI officer, adding the agency might interrogate her again.The CBI had registered an FIR in November, 2020, against Anup Kumar Majhi alias Lala, two general managers of Eastern Coalfield Ltd and a few security officers. It is alleged that Majhi is involved in illegal mining and theft of coal from the mines of ECL.

Ever since that FIR was lodged, without naming Abhishek, the BJP has been alleging the involvement of several Trinamool Congress leaders and the ‘nephew’, who they claimed was instrumental in directing the money earned from the smuggling of coal to the coffers of the ruling party. In recent election campaigns, BJP’s national leadership has seldom missed an opportunity to hit out at the chief minister or her nephew.