Falsely accused of rape, UP man freed after spending 20 years in jail 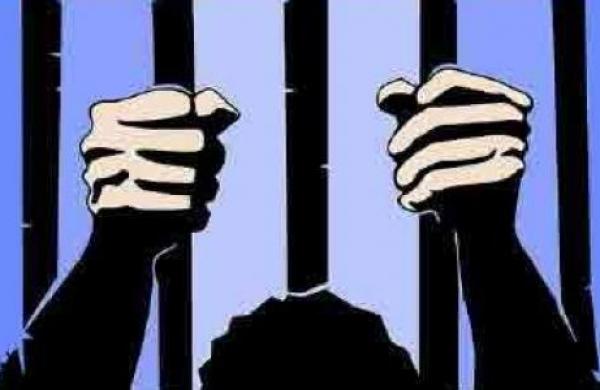 Express News Service
LUCKNOW: After serving a life sentence for 20 years in jail over rape charges, a man was pronounced innocent by the Allahabad High Court in January this year. He walked out of Agra Central Jail on Wednesday evening.

Ironically, Vishnu Tiwari, now 43, was jailed when he was 23 for a crime he never committed. He will now go home to his village home in the Lalitpur district of the Bundelkhand region in UP.

All sentences had to run concurrently, as per the directions of the trial court. After spending three years in Lalitpur jail, Tiwari was shifted to Agra Central Jail and had since been serving his sentence there.

While talking to media persons, Tiwari said he had no expectation from life after serving a jail term of 20 years. He said he had no family at home except a younger brother. “I am not married. My body is broken and so is my family,” said Tiwari.

“Today, before leaving, I got Rs 600 from the jail administration. That is all I have,” he added.

Tiwari was charged with rape by a woman from his village. She had claimed that he had assaulted her sexually when she was going to work in the fields.

Tiwari, after his conviction by Lalitpur court, did not have the means to hire a better lawyer who could appeal in the higher court. He claimed that he even lost the will to fight the legal battle further.

In January, this year, Tiwari was absolved of all the charges by the Allahabad High Court. While exonerating him the court observed: “The medical evidence should show some semblance of forcible intercourse, even if we go as per the version of the prosecutrix – that the accused had gagged the woman’s mouth for 10 minutes and had thrashed her on the ground. There would have been some injuries to a fully-grown lady…”

“In our finding, the medical evidence goes to show that the doctor did not find any sperm. The doctor categorically opined that no signs of forcible sexual intercourse were found. This was also based on the finding that there were no internal injuries on the lady…” the court added.

The court maintained: “Factual data also goes to show that there are several contradictions in the cross-examination of all three witnesses”.

“In view of the facts and evidence on record, we are convinced that the accused has been wrongly convicted. Hence, the judgment and order impugned are reversed and the accused is acquitted,” the court declared.

The court had also made strong observations on Tiwari remaining in prison for an extended period pending appeal, and referred to sections of the Code of Criminal Procedure (CrPC) to stress that the centre and state had “a duty to commute the sentences as mentioned”.

“We are pained to mention that even after 14 years of incarceration, the State did not think of exercising its power for commutation of the sentence of life imprisonment of the present accused. His case should have been considered but has not been considered,” the court said.

Meanwhile, as per the local sources, in prison, Tiwari had a reputation as a well-mannered person with a penchant for cooking.

In fact, after coming to know of his release, many traders and philanthropists of Agra have offered him work. Even some human rights activists have reportedly approached National Human Rights Commission  (NHRC) seeking compensation for his sufferings.