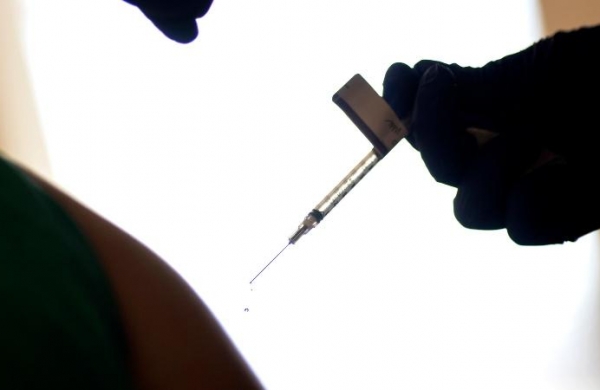 By PTI
KOLKATA: The raging controversy over the fake COVID-19 vaccination camps in parts of Kolkata on Friday snowballed into a political storm ensnaring into it several Trinamool Congress leaders, prompting the opposition BJP to demand a CBI probe into a “larger conspiracy” in the case.

The Kolkata Police formed a Special Investigation Team (SIT) led by the joint police commissioner (Crime) to investigate how the main accused Debanjan Deb who, impersonating as an IAS officer, organised COVID-19 vaccination camps where around 2000 people were suspected to have administered fake doses.

“We have formed an SIT to probe into the matter. Senior officers of the Detective Department are there in the team,” a senior Kolkata police officer told reporters here.

The incident triggered a political storm after purported photographs and videos of the arrested person along with several TMC leaders and ministers at various programmes came in public domain.

PTI could not independently verify the authenticity of the photographs or videos.

According to police officials, Deb allegedly had financially duped several people in Kolkata by impersonating as a joint municipal commissioner of the Kolkata Municipal Corporation (KMC).

On his social media accounts, he had posted several pictures of organising medical camps and participating in government programmes.

The TMC leadership, however, denied any involvement in the matter.

“We are politicians and attend several programmes every day. Many people come to us and click pictures. It is not always possible to ascertain their identity. The allegations against our leaders are baseless and politically motivated,” senior TMC leader and minister Firhad Hakim said.

After its defeat in the assembly polls, the BJP was looking for an issue to corner the TMC government and is quick to grab it and demanded a CBI probe to look into the matter.

It is a conspiracy of the TMC as it is trying to tarnish the BJP-led Union government with a claim that it has provided fake vaccines, claimed Suvendu Adhikari, leader of the opposition in the state assembly.

“We apprehend that the West Bengal government and the ruling party have hatched a large conspiracy to implicate the Centre. They are helping people with disputable identity to organise camps where fake jabs were administered to defame the Narendra Modi regime.”

“If there was any adverse impact on people who were inoculated, the TMC will blame the Centre for providing fake vaccines,” he said.

Adhikari led a BJP delegation to Swasthya Bhawan, the state health department headquarters, and questioned officials how a person impersonating as an IAS officer has been organising vaccination camps remained off the radar of the police and the department for so long.

“The fake IAS officer organised several camps and brought busloads of people from other areas. How can it be that he was not caught earlier? Was he being shielded by the ruling party? It is a large conspiracy. Only a probe by a large agency like the CBI can unravel the truth,” he said.

The ruling TMC dubbed the allegations as baseless and politically motivated.

“If just a photograph proves someone guilty, several BJP leaders should be put behind bars for having being photographed with several scamsters. The police, in this case, arrested the prime accused and will unravel the truth,” senior TMC leader Tapas Ray said.

Meanwhile, the Kolkata Police Commissioner Soumen Mitra said that the organisation of fake COVID-19 vaccination camps by a man pretending to be an IAS officer is an act of a “distorted mind”.

“What Debanjan has done is very inhuman. It can only be done by one with mental distortion,” Mitra told reporters.

A PIL was filed before the Calcutta High Court on Friday seeking an investigation into the vaccination fraud by an independent probe agency.

The police arrested Deb on Wednesday for allegedly posing as an IAS officer and organising a COVID-19 vaccination camp in Kasba, where actor and Trinamool Congress MP Mimi Chakraborty also got her jab.

Chakraborty, who was invited to attend the camp, said she became suspicious about the vaccination process as she did not receive the customary SMS sent to people after they were administered a dose and informed the police.

During a search in Deb’s office, police seized several vials of an antibiotic injection used for many bacterial infections and other items that were sent for tests.

It was also found that fake labels of Covishield were pasted on the vials of Amikacin injections used for a number of bacterial infections.

Fake logos, letterheads, and pads of the KMC were also seized from his office.

On what could be the purpose of Deb in holding such free camps, a senior Kolkata Police official said it is yet to be known, but he might have political connections that helped him in organising those camps.

The Kolkata Municipal Corporation (KMC) has started an internal inquiry into the matter and is also spotting people who have taken vaccines from his camps.

Deb used to travel in a large car with a fake logo of the state government and a personal security officer.