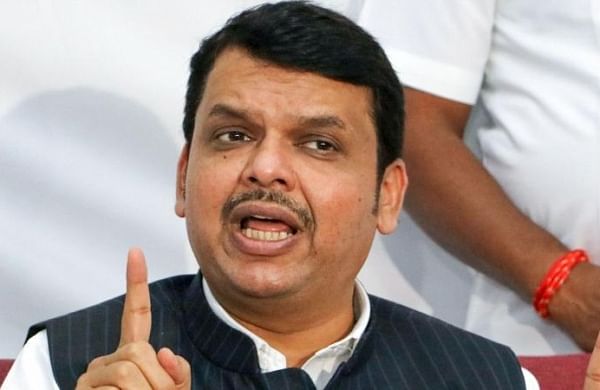 MUMBAI: BJP leader Devendra Fadnavis on Saturday poohpoohed Maharashtra Chief Minister Uddhav Thackeray’s speech at a rally here as yet another “taunt bomb”, and said a befitting reply will be given.

Earlier in the evening, Thackeray, who heads the Shiv Sena, launched a scathing attack on the BJP, a former ally, accusing it of peddling “fake Hindutva” and diverting people’s attention from real issues.

“This turned out to be yet another taunt bomb, it will get reply and a befitting one,” Fadnavis tweeted in Marathi after the rally.

The BJP leader had in the past accused Thackeray of taunting opposition leaders instead of speaking about the issues that concern people.

Meanwhile, Avinash Abhyankar, a leader of the Raj Thackeray-led MNS, also took a jibe at the chief minister over Twitter.

The character of ‘Lucky Singh’ in the film “Lage Raho Munnabhai” gets the message ‘get well soon’ from everybody, and his party too will send the same message (to Uddhav Thackeray), he said.

CM Thackeray, in his speech, had taken potshots at Raj Thackeray, his estranged cousin, saying that like Sanjay Dutt’s character `Munnabhai’ in the film thinks that he is conversing with Mahatma Gandhi, some people think they have become (Shiv Sena founder) Bal Thackeray.