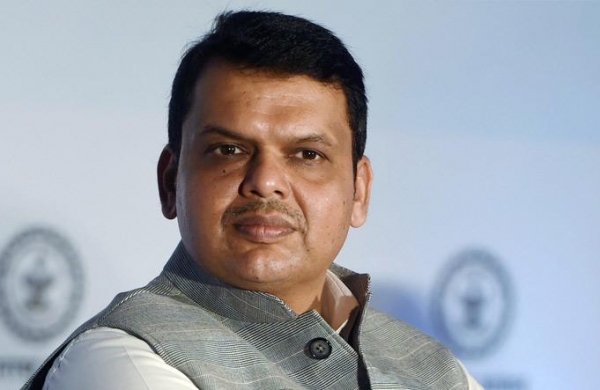 By ANI
MUMBAI: Leader of Opposition in Maharashtra Assembly Devendra Fadnavis on Tuesday demanded the arrest of Mumbai Police officer Sachin Vaze for his alleged involvement in the death of Mansukh Hiren, the man who owned the vehicle that triggered a scare outside Reliance group chairman Mukesh Ambani’s residence.

Assistant Police Inspector Sachin Vaze is currently serving in the Crime Intelligence Unit and was the Investigative Officer in the Antilia bomb case at the beginning of the probe, before he was replaced by an ACP-level officer.

While speaking in the Maharashtra Assembly, Fadnavis asked, “Why he is not being arrested yet? if not under 302 (murder) why not under Section 201 of IPC (destroying evidence) at least for now? Who is defending him?”

He also read out the statement of Hiren’s wife in the House – “I suspect Police officer Sachin Vaze has killed my husband,” and made several allegations against Vaze while reading out the statement.

“The Scorpio car of Mansukh Hiren was with Sachin Vaze for four months from November last year to February 2, 2021. Sachin Vaze took statements from Mansukh from February 26 to 28. Mansukh told his wife on March 3 that Sachin Vaze has asked him to get arrested, and Vaze assured bail in two to three days, but Hiren refused the suggestion,” he said while reading out the wife’s statements.

He further alleged that Mansukh had written a complaint to Maharashtra Chief Minister Uddhav Thackeray and against the police and media for harassment, and the complaint had been prepared by Vaze, alleges Fadnavis quoting Hiren’s wife.

Assistant Police Inspector Sachin Vaze is currently serving in the Crime Intelligence Unit and was the Investigative Officer in the Antilia bomb case at the beginning of the probe.

The owner of the vehicle, Mansukh Hiren, was found dead in a creek in the Thane district on Friday. Now, ATS Maharashtra is investigating this case as a murder case.

Soon after, the National Investigation Agency (NIA) received orders from the Ministry of Home Affairs to probe the case.

The Leader of Opposition also demanded a reply from Home Minister. There were at least 3 adjournments due to uproar in the House since Mansukh Hiren’s death issue.