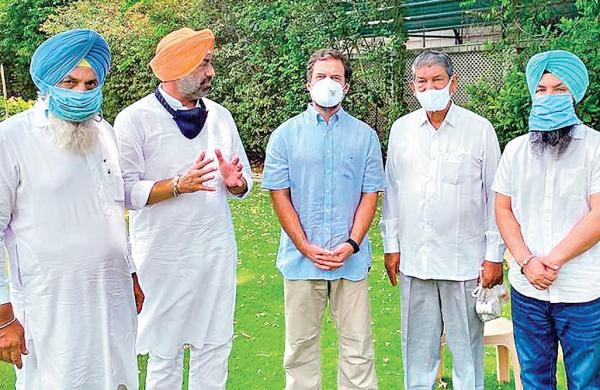 Express News Service
CHANDIGARH: Sonia Gandhi is likely to step in to resolve the protracted turf battle involving Punjab CM Amarinder Singh and the maverick Navjot Singh Sidhu. She is expected to meet the two on June 20 as the party prepares for the Assembly polls due early next year. In her meeting with the CM, the party chief would likely discuss the cabinet reshuffle and other “adjustments,” party sources said.

Sidhu is reportedly not keen on Deputy CM’s post and has insisted on the state Congress chief’s chair, which Amarinder has rejected, preferring instead a Hindu face. Though the CM wants Sidhu, the MLA from Amritsar East, to join back in the ministry, he doesn’t want him to his deputy.

Sidhu had quit the state cabinet in 2019 after being divested of the local bodies portfolio. A three-member party panel in its report has suggested “adjusting” Sidhu. Party sources said an “independent survey” is also being conducted for Sonia Gandhi to access the situation in the state as party leaders have told the three-member committee that the Congress was losing the battle of perception in the northern state.

Congress MLAs and ministers have been meeting Amarinder at his farmhouse in Siswan and briefing him about the ground situation at a time when opposition SAD has been wooing Dalits and the  non-Jats.Meanwhile, rebel AAP MLA Sukhpal Singh Khaira, who is also the founder of Punjab Ekta Party, met Rahul Gandhi in Delhi and announced his party’s merger with the Congress. He was accompanied by two other AAP MLAs. Khaira was in Congress but switched to the AAP in December 2015.