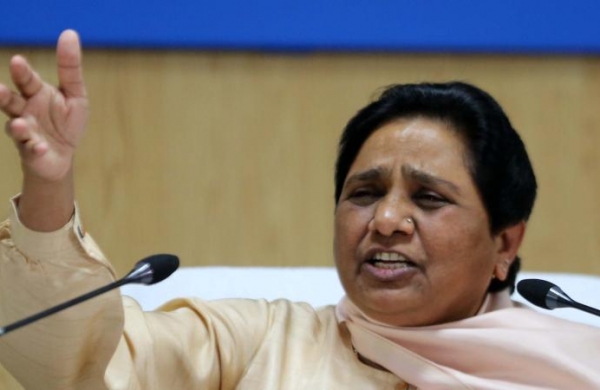 By Express News Service
LUCKNOW:  Eyeing a return to power in Uttar Pradesh with the support of Dalits and Brahmins the Bahujan Samaj Party (BSP) on Friday launched its ambitious Brahmin outreach initiative. The party held the first of six conventions of the Brahmin community in Ayodhya on Friday.

He said that if 13% Brahmins and 23% Dalits united behind the party again along with support from other sections, a path will be open for the party to return to power in the state.

Mishra alleged that around 400 Brahmins have been killed in the state since 2017 (when the BJP came to power).

He cited Apple executive Vivek Tiwari’s September 2018 killing by the police in Lucknow.

He also raised the issue of Khushi Dubey (widow of slain gangster Vikas Dubey’s nephew Amar Dubey), who was arrested by the UP Police in July last year in connection with the killing of eight cops by Vikas Dubey and aides in Bikaru (Kanpur) and is yet to get bail.

“Right now there is an undeclared policy of Jaati Pucho Aur Phir Thoko (eliminate after asking the caste) in UP and the Brahmins have been the worst-hit by the present regime’s rule. The BJP thinks that the Brahmins are just made for carrying their bags,” Mishra alleged.

The BSP leader (who is second only to party president Mayawati in BSP hierarchy) said, “Lord Ram is a symbol of worship for us, while the BJP plays politics over the same Hindu god.”

Questioning the slow pace of Ram Temple construction, the BSP leader said, “once BSP comes to power with full majority in Uttar Pradesh in 2022, the process of temple construction will be expedited.”