EXPLAINED | Why leprosy cases are emerging in India at higher intensity 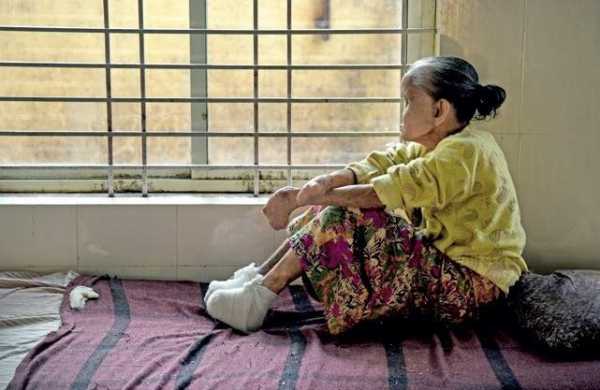 Express News Service
In 2005, India declared it has eliminated leprosy as a public health problem. This means 15 years ago, it had arrested the prevalence rate of the disease to less than one case per 10,000 population. But in the recent years, newer cases have emerged in different states with higher intensity. What’s more worrying is that today, India accounts for over half the world’s new leprosy patients.

However, those working in the field deny that the disease is spreading.

“Reporting of more cases doesn’t mean that leprosy is suddenly beginning to spread in India. Rather it means that diligent efforts are being made, especially by the government, to search new cases,” informs Yohei Sasakawa, Patron, Sasakawa-India Leprosy Foundation (S-ILF) that focuses on the socio-economic integration of the leprosy-affected.

“In the last five years specifically, the government increased its efforts to detect hidden cases. It launched the Sparsh campaign, Leprosy Case Detection Campaign (LCDC), and others for detection, which has led to an increase in the number of cases getting reported,” says Dr Nathan.

Another encouraging fact, says Sasakawa, is that the proportion of new patients with visible (grade-2) disability at time of diagnosis has almost halved in the past five years, which shows that cases are being detected earlier.

Early detection and treatment is the key to prevent disability and disease transmission. It is important to generate awareness that leprosy is curable, and treated for free. Also, discrimination should never be tolerated.

“Persons affected by leprosy are economically and socially marginalised because of the associated stigma and discrimination,” observes Sasakawa. As a result, people often hesitate to seek treatment despite having symptoms, and unwittingly transmit the disease to others.

Another reason why people delay seeking treatment is because the initial symptoms are often painless. “But delaying treatment can lead to disability, which, in turn, reinforces stigma,” he adds.

“As citizens, it should be our duty to get information about leprosy, its cause, treatment and places where treatment is available. We should share this information as much as possible in whatever forum we can to remove the misconceptions and myths associated with leprosy,” says Dr Nathan.

The National Leprosy Eradication Programme and the system of Accredited Social Health Activists (ASHA) have been working diligently in the field, but the archaic laws against leprosy patients need to be repealed.

In 2019, the then Union Health Minister Dr Harsh Vardhan had written to the Chief Ministers of 23 states and UTs, and to the Union ministers of law and justice, and social justice and empowerment, seeking an “expeditious amendment in these discriminatory laws”.

But nothing has happened till date. Significantly, these laws were enacted by the Brits in 1898, when the disease was incurable. What is the merit in having these laws today when it is completely curable is anybody’s guess.

Denying that leprosy is spreading, experts say more numbers are being reported due to the diligent efforts made by the government to search new cases through initiatives like Sparsh Campaign and Leprosy Case Detection Campaign