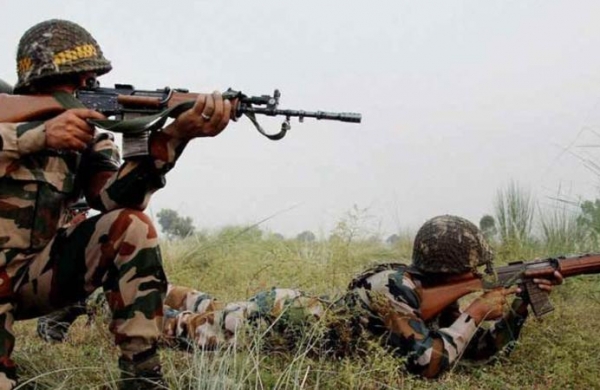 By PTI
NEW DELHI: The announcement by India and Pakistan to follow all ceasefire agreements is a welcome move as any measure that saves lives on the border and reduces violence must be given a chance, experts said on Friday, but cautioned that cross-border terrorism needs to be closely watched.

India and Pakistan issued a joint statement on Thursday to strictly observe all agreements on ceasefire along the Line of Control(LoC) and other sectors after hotline discussions by their Director Generals of Military Operations(DGMO).

The decision by the two countries came into effect from the midnight of February 24/25.

Lt.Gen. (retd) Satish Dua, who was the Corps Commander of the Srinagar based XV Corps when the Indian Army undertook surgical strikes post the Uri attack in 2016, said the ceasefire is a welcome step and more importantly, a joint statement on it is “rare”.

He said the agreement comes at the time of commencement of summer when there is a rise in infiltration bids and Ceasefire Violations (CFVs).

“Every year in the onset of summer, the infiltration and the firing (CFVs) pick up more. As we are heading towards that summer, it is also a good thing that before the firing starts off, may be it can be capped in this manner. It will be a good thing,” he said.

Dua also said the latest ceasefire agreement has to be seen from the context of three aspects.

One is the situation post-August 2019 when the special provisions for the state under Article 370 were abrogated and there was a rise in CFVs.

Second, diplomatic relations were hit after the withdrawal of the High Commissioners from both the countries.

And third is the India’s stance that there would be no talks till Pakistan stops supporting terrorism.

“There was almost a breakdown of communications in a meaningful way. In that regard, the DGMO (Director Generals) level talk is meant for the management of LoC so that we do not escalate where we can sort out things or sometimes there are issues related to civilians who live across the LoC so they don’t suffer,” Dua said.

Lt.Gen. (retd) D S Hooda said one should “wait and watch” on how things pan out.

Hooda was the Army’s Northern Commander when the surgical strikes took place.

“A lot depends on what they (Pakistan) do at the border. If they continue to push terrorists, then obviously the ceasefire agreement will not last,” Hooda said.

He, however, noted that the agreement is something which must have been sanctioned at the highest level from both sides.

He added that the agreement should also be seen from the perspective of regional and global factors.

At the global level, Pakistan’s attempts to raise the Kashmir issue at different fora have not yielded expected results and their ties with Saudi Arabia and UAE have also soured.

To add to it, the economy is also not in good shape, Hooda said.

At the regional level, Pakistan’s attempts to create unrest in Kashmir post-August 2019 have also not been successful.

Even during the military stand-off with China in eastern Ladakh, the Indian forces stood strong and did not back down.

“All these aspects probably played a role,” Hooda added.

TCA Raghavan, former Indian High Commissioner to Pakistan, said the ceasefire agreements in the past have had mixed outcome.

“After 2003, till about 2009-2010, the LoC was pretty quiet and even after that while there would be flare-ups, there was always a reference made to the 2003 agreement and greater stability was restored. I won’t say that they have not lasted. Yes, like everything else, in India-Pakistan relations there have been ups and downs. I don’t think to say that this is not going to work because in the past it has not lasted would not be correct,” he said.

Raghavan said the fact that both sides have agreed that they will respect the ceasefire agreement which was reached in the past is a very important development and it shows that forward movement is possible even after a long period when there has been a very sharp downturn in India-Pakistan relations.

“Now next steps will depend on both governments because there are many things which can be attended to but the pace at which this has to be done will depend on the governments. It is not easy to predict what will happen,” he said.

He hoped that some extent of cooperation will now be visible, especially in the field of public health.

The United States has also welcomed the agreement, saying it is a positive step towards greater peace and stability in South Asia.

“What explains India’s overtures to Pakistan, from permitting Imran Khan’s flight to the joint statement? Indian press is saying “more steps” likely. India’s meandering approach assumes its two regional foes will emulate what it does well, jettison beliefs and policies overnight,” he said on Twitter.

“While still coddling its terrorist proxies, Pakistan wants better ties with India as part of its efforts to relieve international pressure and reset ties with US. It must be pleased the state department yesterday called it “an important partner” with whom we share many interests,” Chellaney tweeted.