Expected price, features, specifications and how to watch event live 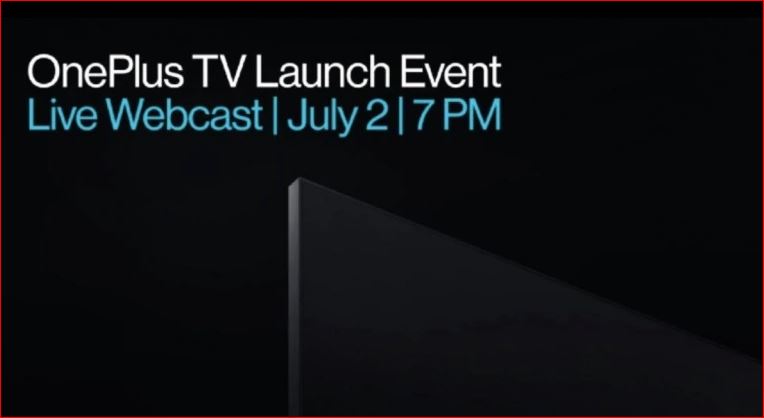 The day is here! OnePlus is all set to launch its affordable range of televisions in the country with the company looking to launch as many as three new smart TVs in India today across two crucial segments of the market — mid-range and budget sections.

Ahead of the launch, the TVs have been teased a number of times, with the company even taking to Twitter and its forums to reveal some crucial details about the upcoming OnePlus TVs. Here’s what we know about them so far.

OnePlus TV launch: How to watch live
OnePlus is all set to host a major launch event later today, where the company is expected to take the lid off the crucial details about the phone, including its price and feature list. Since all of this and more will be revealed at the grand launch event today, there are a lot of eyes fixed on today’s events.

Although there won’t be any audience present physically at the event, the expectation is that tens of thousands would still follow the launch via live stream. OnePlus has already shared a YouTube link for the same that will go live on July 2 at 7:00 pm. The event is set to play host to some big-ticket announcements, as OnePlus now attempts to make serious inroads into the burgeoning entry and mid-range segments of the smart TV market in India.

OnePlus has already split the beans on the fact that there will be three new TVs that will be launched at the event today. Split between two different series and operating across two different segments, the new OnePlus TVs could end up being hits in the market.ADVERTISEMENT

And a big reason behind this could be their pricing. In a tweet shared via its Twitter account last week, OnePlus all but gave away the pricing of the models, by teasing that the entry variant will start retail for less than Rs 20,000, while the other two TVs will retail at slightly more premium price points.

OnePlus has teased the starting prices of the three new OnePlus TV models, which will start at Rs 1X,999 for the entry model, Rs 2X,999 for possibly a Full HD one and Rs 4X,999 for the 4K mid-range TV. While the exact pricing is anybody’s guess right now, we expect the top-end model to not breach the Rs 45,000 mark. The second model similarly could be priced around Rs 25,000 in India.

Apart from this, we already know that at least one of the TVs will feature a premium design with a thin-bezel form factor. As per a recent blog post by OnePlus, this TV will feature 95 percent screen-to-body ratio and a 6.9mm ultra-thin body. It will also come with a DCI-P3 93 percent colour gamut Cinematic display and support for Dolby Vision and other technologies to improve not just the picture, but audio quality too.