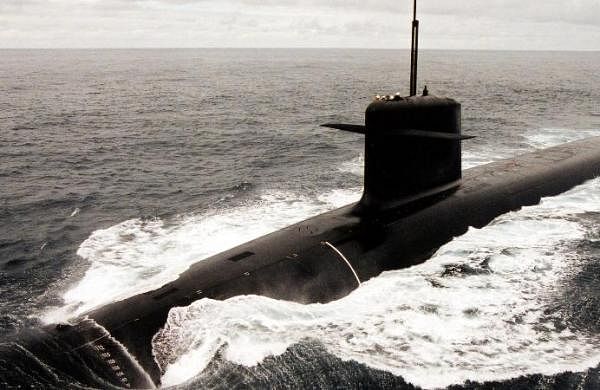 NEW DELHI: The CBI had to cut a sorry face after a special court granted bail to retired Navy officers Randeep Singh and SJ Singh and others in a case of alleged leak of confidential information on submarine projects for pecuniary gains, terming the agency’s chargesheets as “incomplete” as the documents do not mention anything about a probe under the Official Secrets Act (OSA), officials said.

An accused becomes eligible for default bail if the investigating agency does not file the chargesheet within a stipulated period of 60 days or 90 days, depending on the charges pressed.

The judge said although the agency had filed its chargesheets within 60 days on November 2, the documents are “incomplete” as those do not mention anything about the probe under the OSA, making the accused eligible for bail.

“The chargesheet filed before the court is incomplete in as much as there is no mention regarding the investigation being carried out under the Official Secrets Act, though the same was being carried out in this case itself.

The chargesheet thus, is incomplete for the purposes of section 167(2) of CrPC (default bail),” she said.

The agency had made a mention of the pending OSA investigation for the first time while replying to the bail applications of the accused, which were dismissed on November 10 as there was “no clarity regarding the status of the case under the Official Secrets Act, the computation of time period for offences discovered later in the investigation etc”, the judge had noted.

“It was stated in the reply of the CBI that the investigation was being conducted under the Official Secrets Act, the Ministry of Defence has been requested to file a formal complaint as per law and the supplementary chargesheet would follow,” the judge noted.

The defence lawyers cited a Delhi High Court judgment stating that since there is no minimum stipulated punishment under the OSA, chargesheets have to be filed within 60 days to deny default bail to the accused.

The judge pointed out that the CBI had taken over the probe in respect of section 7 of the Prevention of Corruption Act and other sections were added as the investigation progressed.

“At no point did the CBI inform the court that an investigation under the Official Secrets Act has also been taken up,” she said.

The judge noted that the investigation officer informed, when inquired, that the Navy in response to a reference from the CBI had told the agency that the documents recovered were confidential in nature.

The response of the Navy was received on October 14 and October 19, she pointed out.

The judge said the agency filed two chargesheets on November 2 but there was no mention of the OSA investigation being carried out by the agency.

It was only in response to the bail applications of the accused that the CBI said in order to initiate a probe under sections 3 and 5 of the OSA, a complaint from the defence ministry was required for which the agency had sent a proposal to the ministry, she said.

Citing Supreme Court and high court judgments, the judge said it was “incumbent upon the CBI” to have filed its chargesheets within 60 days, mentioning that the investigation on its part was complete and that the reference has been made to the ministry concerned for filing a complaint under the relevant sections.

The court said even if it is considered for the sake of arguments that the CBI had forwarded the application for a formal complaint and the ball was in the court of the ministry — though the argument of the prosecutor is that the investigation is also going on — the part of the CBI was not over in as much as it was expected to file a report alongside the said complaint with all the evidence collected by it.

The CBI had carried out raids on retired naval officers Commodore Randeep Singh and Commander Satwinder Jeet Singh on September 2 after getting information that the latter was going to share crucial details related to a meeting in the Navy on procurement.

Both were arrested on the same day.

The agency is probing allegations into the leak of confidential information pertaining to procurement and maintenance of naval equipment for pecuniary benefits and bribery in a deal for a mine-laying saddle from Allen Reinforced Plastics Limited.