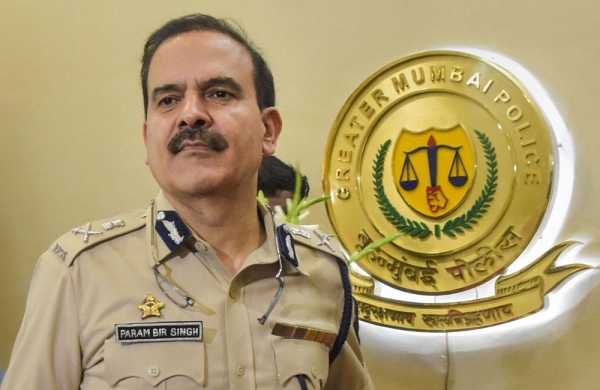 The complainant is a builder. A total of 8 people, including six police personnel have been named in the FIR. Two civilians arrested in this matter so far, the police informed.

According to the FIR, Param Bir Singh and his close associates had allegedly demanded Rs 15 crore from the builder to withdraw cases against him regarding the land matter in Thane.

Based on the builder’s complaint, the case was registered. Two of the builder’s partners, Sunil Jain and Sanjay Punamia, have been arrested in the case in this case. The complainant had submitted the explosive 4.30 hours phone recording where Param Bir Singh Singh and senior police officers demanded the hefty amount and if their demand is not met, then the threatened various actions by the central probe agencies.

Earlier, the Enforcement Directorate had summoned the former Mumbai Police Commissioner to record a statement in connection with the Rs 100 crore money laundering case against ex-Maharashtra Home Minister Anil Deshmukh.

Param Bir Singh, on July 12, sought more time from the ED to appear before it ahead of his summons citing health reasons.

Waze was arrested in March in connection with the National Investigation Agency’s (NIA) probe into the case of recovery of an explosives-laden SUV near Mukesh Ambani’s house in Mumbai and the subsequent murder of Thane businessman Mansukh Hiran.

The case against the former Home Minister was registered on May 11.