Every possible help will be given to promote poultry industries in the state: Mr. Bhupesh Baghel 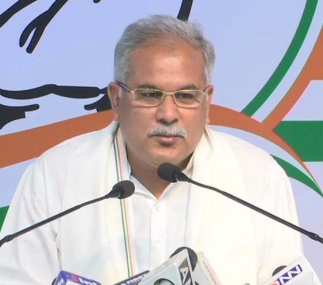 The Chief Minister said that farmers in the state are being given a better price for their produce. Apart from this, farmers are being given financial assistance under the Rajiv Gandhi Kisan Nyay Yojana. This amount can be used by the youth of the farmer family to advance in the poultry and fisheries business. The Chief Minister was holding discussions with the delegation of Chhattisgarh Poultry Farmers Association at his residence office here today. Industries Minister Mr. Kavasi Lakhma was present on the occasion.

Association officials told the Chief Minister that there are 90 percent small poultry farms in the state. He has suffered a lot due to the Corona crisis. If the electricity duty is exempted by the state government, it will give a big support to the poultry businessmen. The Chief Minister assured to consider this proposal seriously. With regard to increasing the acreage of maize and soybean used as poultry grains, the Chief Minister said that if the consumption of maize and soybean increases in poultry industries, then an initiative will be taken to increase the acreage of these crops.