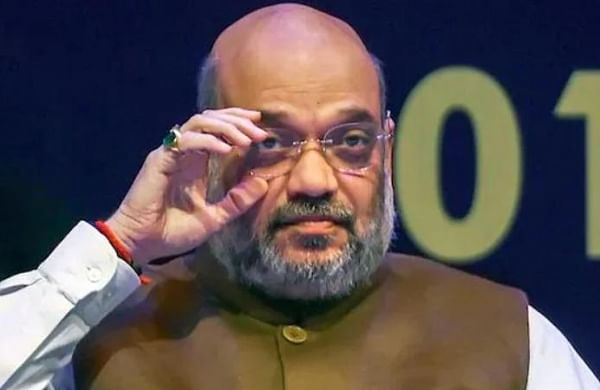 GUWAHATI: Union Home Minister Amit Shah on Sunday claimed the Narendra Modi government had taken some steps that ensured every penny sent to the states in the Northeast was properly utilised.

Shah took potshots at the Congress, stating that when it ruled these states, central funds were invariably siphoned off.

“But Modiji had taken some strict anti-corruption measures that ensured every penny that comes from the Centre to the Northeast is properly utilised,” Shah said after inaugurating some projects at a programme on the last day of his two-day visit to Arunachal.

He said the people in the country could learn patriotism from the people of Arunachal and take it forward. He said he returned to Delhi energised every time he visited the state where people are greeted with “Jai Hind”.

On Sunday, he either inaugurated or laid the foundation of various projects worth over Rs 1,000 crore.

“In terms of infrastructure development, what the double engine of Modi and Khandu governments did in eight years, the Congress could not do in 50 years. The Northeast was strange to the entire country but Modiji brought it to the centre of it. When the PM visits a region more than 50 times in eight years, it automatically comes to focus,” Shah said.

“But the Congress cannot see the development that has taken place in Arunachal. If the eyes of somebody are closed, how can s/he see it?” the Home Minister quipped.

He said insurgency-related incidents dropped by 89% and highlighted how the Modi government solved various problems, one after the other, in the Northeast.

He said over 9,000 insurgents laid down weapons and joined the mainstream while the insurgency-related problems in Tripura and Assam’s Bodo areas and Karbi Anglong had been solved. He said talks were on with the Naga extremist groups.

“There was a time when the Northeast hit newspaper headlines for insurgency, bombs, bullets and deaths. Today, it is known for tourism, development, infrastructure, various languages, cultures and traditions,” Shah said.

According to him, the priorities of the Modi government include protecting and enriching the languages, cultures and traditions of the Northeast so that tourists from all over the world visit the region and solving all disputes and establishing peace in the region.

“The Assam-Arunachal boundary dispute has existed for 50 years. But Himanta (Assam CM Himanta Biswa Sarma) took the responsibility and Khandu responded positively. I assure you, the problem will be resolved soon. For how long will one state fight with another?” he said.