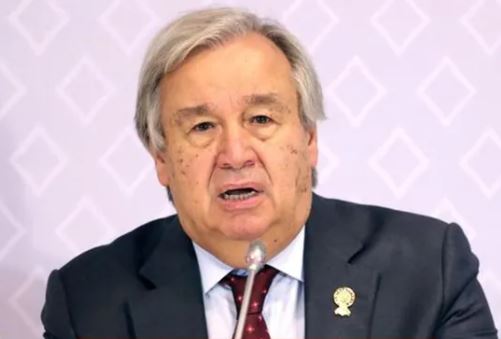 World leaders should declare “climate emergency” in their respective countries, UN Secretary-General Antonio Guterres said in opening remarks at a climate summit that marked the fifth anniversary of the Paris climate accord. In a virtual address to the leaders of the world on December 12, the UN chief urged that there was a “state of emergency” with respect to global climate change and the nations were unable to meet the targets set in 2015. Guterres said that there weren’t considerable efforts from the countries to cut global emissions by 45 percent by 2030 from the 2010 levels. “Promises were not enough,” the UN chief iterated, adding that there is an urgency for revised and strengthened international contributions.

Furthermore, the UN chief called on the world leaders to declare a state of climate emergency in their countries until carbon neutrality was reached. “Some 38 countries have already done so, recognizing the urgency and the stakes,” he said. Guterres told world leaders that the revised targets for reducing greenhouse-gas emissions by the Paris accord signatories were to be submitted before the 26th Conference of Parties, to be held in Glasgow, which has been postponed a year duet COVID-19.