Europe Was Largest Contributor To New COVID-19 Cases In Past Week: WHO 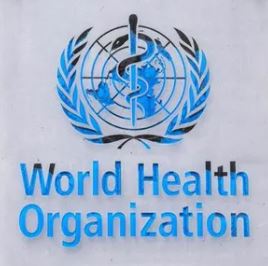 Europe has remained the largest global contributor to the new COVID-19 cases and death in the past week, World Health Organization (WHO) said. In a weekly report, the UN health agency stressed that the European region accounted for over 44 per cent of new global cases and 49 per cent of new COVID-19 deaths in the past week. Europe as per WHO comprises of 53 nations, of which Russia (transcontinental) and Turkey are the largest by population.

The continent has reported 16,306,568 cases till now, despite major countries including UK, France imposing stricter measure to curb the spread of infection. According to the latest tally by John Hopkins University, a total of 372,031 people have died in Europe till now. Adding to that, the WHO report revealed that as many as 1.77 million cases and 32,684 fatalities out of the total were reported just last week.

While the death rates continued to rise at an alarming rate, acceleration in number in the infection has slowed down over the past week, the report stated. However, despite this downward trend, “the European Region remains the largest contributor to new cases and new deaths in the past 7 days,” the report said.

Meanwhile, the European Commission, on November 24, revealed that it has secured a contract with American Pharma company Moderna for up to 160 million doses of its COVOD-19 vaccine. Moderna, on November 16 said that its vaccine candidate mRNA-1273 has proven to be 94.5% effective. Later, the company announced that the drug could also be stored at 36 degrees to 46 degrees Fahrenheit for up to 30 days. In addition, the vaccine also remained stable for 12 hours at room temperature.