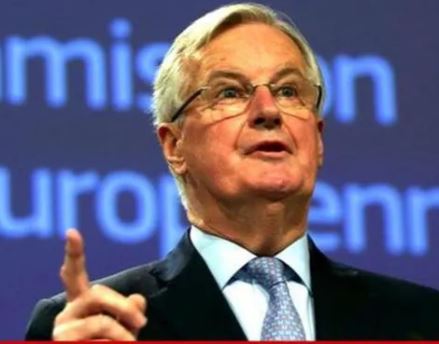 The European Union’s chief negotiator Michel Barnier on November 27 said that the EU-UK post-Brexit “physical” negotiations can continue now. Taking to Twitter, Barnier informed that he is ‘no longer in quarantine’. A colleague had tested positive for COVID-19 last week following which Barnier had resorted to self-isolation. Ahead of travelling to the UK to resume face-to-face trade talks, the chief negotiator also said that “same significant divergences persist”. The deadline is nearing and many feel that the United Kingdom would have to exit the bloc without a deal.

The UK-EU negotiators are striving to strike a deal to govern their trading relationship once the UK’s post-Brexit transition period ends in January 2021. Over the past week, talks have been continuing via video links, however, on Friday Barnier travelled to London after briefing EU ambassadors and members of the European Parliament on talks. Ahead of in-person talks, his UK counterpart David Frost also pledged to do his bit to ensure that he freezes the deal.

While taking to Twitter, Frost said that an EU-UK post-Brexit deal was “still possible”. Frost said that he would continue negotiating on behalf of Britain, adding he would stop if there is proof to the contrary. Further, he also added that for a deal to be possible, the EU must fully respect the UK’s sovereignty, including giving the country the freedom to decide on the subsidy control system and fishing rights.