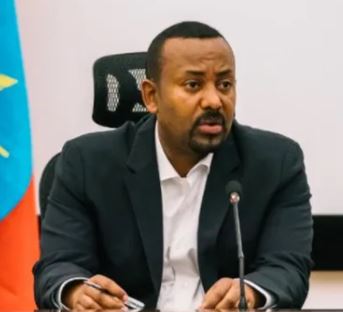 Ethiopian Prime Minister Abiy Ahmed on December 7 denied that the rebellious northern force, against whom the armed forces launched an offensive, would start a guerrilla war from the mountains of Tigray.

Asserting that the troops had declared an end to their offensive, PM Ahmed said that the Ethiopian military has gained full control after “heavily bombarding” the region of over 5,00,000 residents, gaining territory’s command from the Tigray People’s Liberation Front (TPLF) factions. However, according to sources of Al-Arabiya, the experts analysing the situation on the ground post the end of the military offensive suspect a drawn-out insurgency.

“The criminal clique pushed a patently false narrative that its fighters and supporters are battle-hardened and well-armed, posing the risk of protracted insurgency in the rugged mountains of Tigray,” Abiy’s office said in an official statement. “It also claimed that it has managed to undertake a strategic retreat with all its capability and regional government apparatus intact. The reality is the criminal clique is thoroughly defeated and in disarray, with the insignificant capability to mount a protracted insurgency,” it added.

United Nations, meanwhile, claimed that its aide was shot at near Eritrean Shimelba refugee camp despite federal troops deployment across all fronts in the regional capital Mekelle. However, the country’s prime minister denied factions could mount a guerrilla insurgency.