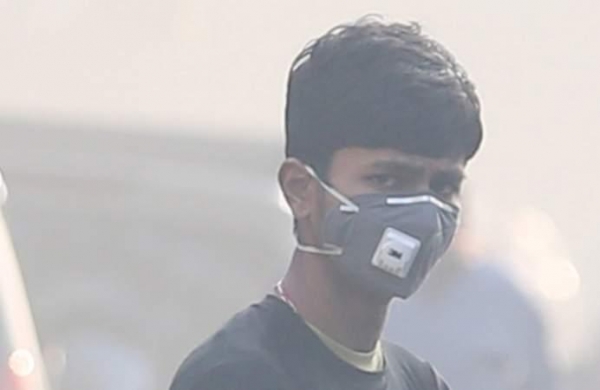 By PTI
NEW DELHI: As the world celebrated Environment Day on Saturday, climate change and toxic smog remained issues of deep concern for India with environmental experts emphasising that clean air must not be considered “a luxury but a basic human right”.

Experts said while air pollution was a leading cause of asthma, stroke, lung cancer and premature deaths, climate change has a sizable impact on health too as it acts as a driver of disease migration affecting the lives of many.

“Let’s not make clean air a luxury. It’s a basic human right. People are being forced to breathe in polluted air and are faced with a terrible health crisis. We have witnessed how air pollution and climate crisis continues impacting human lives even in this Covid pandemic,” said Avinash Chanchal, Senior Climate Campaigner, Greenpeace India.

World Environment Day is celebrated on June 5 every year.

According to a latest report on India’s state of environment, the year 2020 was the eighth warmest year on record and 12 of the warmest years were recorded in the last 15 years.

Besides the rising temperatures, India saw more than two-times increase in the deaths attributable to ambient PM 2.5 over the past two decades with one out of every four deaths due to toxic air in 2019 alone.

As per the ‘State of India’s Environment 2021’ report, poor air quality was the fourth leading risk factor for early death worldwide in 2019, surpassed only by high blood pressure, tobacco use, and poor diet.

“Indeed, climate change has a sizable and serious impact on health. It affects the most basic health requirements like clean air, clean and safe water, sufficient food and adequate shelter. It acts as a driver of disease migration affecting the lives of many, which makes it a critical public health problem as it makes many existing diseases and conditions worse,” said Akanksha Malviya, an advocate working for health rights, environmental justice and climate change.

While climate change displaced as many as 50 lakh people in India in 2019, air pollution took 16.7 lakh lives the same year, the report said.

Speaking about the impact of air pollution, Chanchal said it was a serious health hazard and needs immediate attention and implementation of a comprehensive clean air action plan.

“We need to tackle air pollution because it’s a serious public health hazard and a leading cause of asthma, stroke, lung cancer and premature deaths.

“The air pollution crisis became a key concern for the people across the country. We are witnessing its impact in our everyday lives. There are many cities across the country that are just as polluted as Delhi.

This indicates that air pollution is a regional issue and the solution to this crisis also needs immediate attention and implementation of a comprehensive clean air action plan at regional levels rather than only focusing on a few cities like Delhi,” he said.

It also said in 2019, toxic air caused 60 per cent of chronic obstructive pulmonary disease deaths, 43 per cent of lower respiratory infection deaths, 35 per cent of ischemic stroke deaths and 32 per cent of lung cancer deaths.

Noting that these five states have multiple sources of pollution, Kamal Narayan Omer, CEO, Integrated Health and Wellbeing (IHW) Council said while Maharashtra, Rajasthan and parts of Uttar Pradesh are heavily industrialised with poor adherence to regulatory norms, Bihar, West Bengal and parts of eastern Uttar Pradesh are agrarian where use of diesel is high due to subsidies.

He said as a country that is home to 22 of the world’s 30 most polluted cities, India has a cause to worry about increasing lung cancer incidence in the country.

“The pandemic has given us an opportunity where the advantages gained in decades can be gained in the next few years. We must leverage it in every possible way. It is time people take the charge.

“Simple steps such as clearing their own garbage and keeping surroundings clean, segregating garbage at home, reducing use of plastic, consuming responsibly and recycling and reusing old materials are some of the ways small changes can happen that will lead to a big impact,” he said.

Dr Swarupa Mitra, Senior Consultant and Chief of Gynecological and Genitourinary Radiation Oncology at Rajiv Gandhi Cancer Institute and Research Centre (RGCIRC) said a continuous increase in the number of pollutants in air, water and soil are reasons for the rise in cancer cases in the country.

“Cancer is caused by mutated genes. These pollutants could potentially cause cancer by either causing defects in the DNA repair or altering the immune response or by sparking inflammation and new blood vessel formation.”

“Benzene, Asbestos, Vinyl Chloride, Cadmium, Nitrates, Coal tar, tobacco smoke and industrial smoke are some of the known pollutants that are carcinogenic and can cause cancer,” Mitra said.