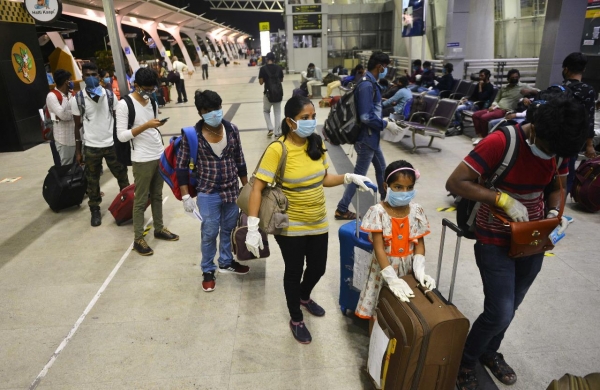 By PTI
NEW DELHI: The Airports Authority of India (AAI) needs to put proper signs and mark separate pathways at its airports so that picking up passengers becomes easier for app-based cabs as it would reduce traffic jams, said a Parliamentary Committee report released on Friday.

The AAI, which works under the Ministry of Civil Aviation, owns and operates 125-odd airports across the country.

“Most of the designated pick-up points (at AAI-operated airports) of UBER, OLA, etc. do not have appropriate identification marks for the passenger or the driver to identify his exact location at the airport,” said the Parliamentary Committee on Public Undertakings’ report tabled in Rajya Sabha on Friday.

In the absence of such signages or marks, it said, passengers and cab drivers face difficulty in communicating their exact locations resulting in wastage of precious time and causing crowding and traffic jams at the UBER and OLA pick-up points.

Major airports, including in Delhi, Mumbai, Bengaluru, Hyderabad and Ahmedabad, are run by private companies and not by the AAI.

The committee said that appropriate circles be marked in different colours on the ground at the airports with appropriate identification numbers so that passengers can communicate their exact locations to the drivers.

“The identification number can also be displayed on the pillars or side walls in the area of the pick-up points which is easily visible to the drivers to locate the passengers,” it mentioned.

Similarly, pathways can also be marked in numbers or colours for the cab drivers to communicate their exact locations, the report said.

If the pick-up points are in an open area, trees or ground may be marked with identification numbers for the convenience of the passengers and the drivers, it stated.

The committee said for the safety and security of passengers, a database of local taxi drivers registered at airports also needs to be maintained.