Endgame for BSP? Mayawati in tight spot with desertions galore 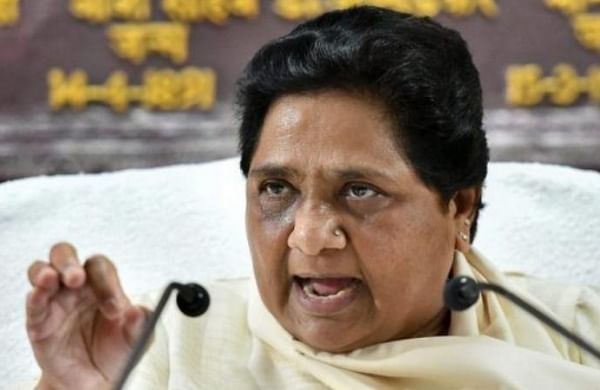 LUCKNOW:  After helming Uttar Pradesh for four terms, Bahujan Samaj Party chief Mayawati now appears at the crossroads of her career amid questions being raised about her leadership. She has not been able to keep her flock intact ahead of the Assembly elections due in 2022.

A gradual erosion of the party began after 2007 and led to a steady migration of her supporters, reducing the BSP’s socio-political space.

The ‘Bahujan’ movement changed colours to include the upper castes in its scheme of things and weakened over the years as the party drifted from its social base.

The core social groups, which had been backing the BSP till 2007 Assembly elections in UP, have now sided with the BJP. This has led to the decline in the number of BSP’s seats and vote share since the 2012 assembly polls.

In 2017, the scenario reversed with the BSP moving to number three position as it could win just 19 seats of the 403 it had contested. Its vote share decreased further as it got only 22.2% ofvotes. Mayawati’s failure to project a charismatic second rung leadership hastened the BSP’s decline.

Instead of inducting the heavyweights from other parties, Mayawati lost the stalwarts who had been with her right from the beginning.

While Swami Prasad Maurya and Brijesh Pathak joined the saffron bandwagon in 2016, the likes of Lalji Verma, Ram Achal Rajbhar and Indrajeet Saroj defected to the SP recently.

To arrest the dwindling support base under an overarching saffron wave, Mayawati cobbled up an alliance with arch rival Samajwadi Party for 2019 Lok Sabha polls.

The alliance seemed unbeatable. But on ground, things did not work as expected and the BSP, after gaining 10 parliamentary seats, parted ways with the SP, blaming the failure on Akhilesh Yadav.

With only a few months left for the state polls, sources suggest eight more BSP rebel MLAs may join the SP soon.

Political experts believe that as the BSP is witnessing a drought of second-rung leadership, its political relevance is also at stake as those active in the party have started exploring greener pastures.

“Those defecting from the BSP often accuse the leadership of losing its grip over the people. Prominent leaders who have defected since 2016 have accused Mayawati of arrogance and extortion as the key reasons for their departure. These complaints increased after the BSP broke its pact with the SP following an alliance in 2019 Lok Sabha polls,” says Prof AK Mishra, a political analyst.

After a recent shifting of loyalties, BSP national general secretary and Mayawati’s close confidante Satish Chandra Mishra has emerged as a thorn in the flesh of the 11 party MLAs who were sacked by her in the past two years. Many accuse Mishra of misleading Mayawati.

While making desperate efforts to retain its core base, Mayawati is pinning hopes on her nephew Akash Anand to mobilise the youth for the party.

Akash, son of her younger brother Anand Kumar, has held a series of meetings with party leaders to chalk out a campaign strategy in UP.

He was active in Punjab where the BSP has entered into an alliance with the Shiromani Akali Dal.  He is likely to work with SC Mishra’s son Kapil to woo the young voters in the state.