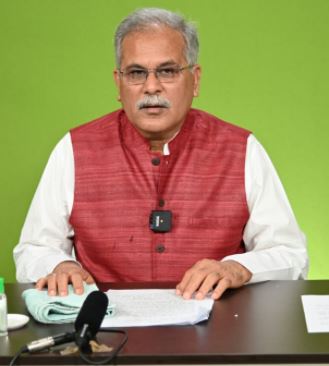 Chief Minister Mr. Bhupesh Baghel in the 13th episode of the monthly radio talk Lokvani aired today, this time Chhattisgarh Government spoke to the people of the state on the subject of two-year term. The Chief Minister said in the radio talk that empowerment of the general public, farmers, tribals and weaker sections is a major feature of the development model of Chhattisgarh. In two rains, the state government tried to sensitize the government and administration about the solution by assimilating the feelings, aspirations, hopes of the people. By promoting Chhattisgarhi culture, the people rekindled a sense of pride about their culture and identity.

Mr. Baghel said that the state government has implemented several schemes like debt waiver, paddy purchase, Suraji village, Rajiv Gandhi Kisan Nyaya Yojana and Godhan Nyaya Yojana for the farmers, which are continuously giving strength to the villages. Along with this, the policies of the state government showed positive effect in the industry and business world as well. The entire country was affected by the recession during the Corona crisis, while Chhattisgarh remained untouched by the recession. Chhattisgarh set an example of reducing the unemployment rate to two per cent from schemes like MNREGA, OnePoz procurement. There was also a capital investment of Rs 1500 crore in industrial units. In which large number of people got employment. Efforts initiated by the state government for value addition in agriculture and forestry products will open new doors of prosperity of the state.

The Chief Minister said in Lokvani that broadly speaking, empowerment of common people, giving strength to farmers, tribals and weaker sections is the main feature of our development model. Today, Chhattisgarh is honored with the promises of new hope, the new faith of the country, so the reason for this is also the strong will power of the people, so I bow to the people of the state again and again.

Efforts to boost exchange between Madhya Pradesh and Manipur in tourism and other areas: CM Shri Chouhan