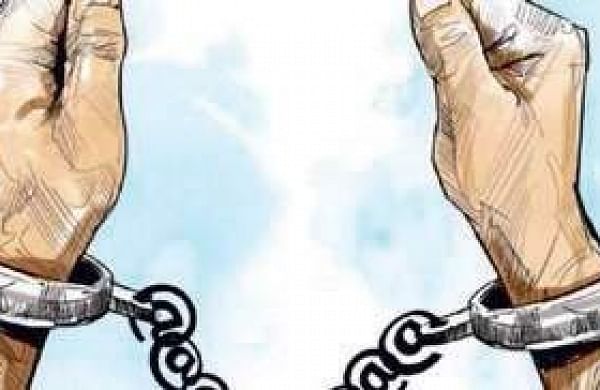 PATNA: The special task force of the Bihar police met with success when an inter-state gangster Ayub Khan, wanted in over 42 cases in Bihar, Uttar Pradesh and Odisha, was arrested from Purnia district on Sunday.

Ayub and his brother Rayees Khan, known as ‘khan brothers’ in the region, had let loose a reign of terror in Siwan and its adjoining districts of Bihar. The ‘khan brothers’ earlier worked for former Siwan MP late Md. Shahabuddin. However, they later parted ways and formed their own gang after the goons of Shahabuddin kidnapped their father Kamrul Haque alias Karmul Khan during the assembly election in 2005.

Sharing details of the police operation, a senior IPS officer said Ayub was arrested from Baisi police station area in Purnia district. He was wanted in more than 42 cases of loot, murder, extortion and kidnapping in Bihar, Uttar Pradesh and Odisha.

The Siwan police were searching Ayub in connection with the kidnapping of thee people—Anshu Singh, Vishal Kumar Singh and Parvendra Yadav, all residents of Siwan, on November 9 last year. The victims were still traceless.

“The arrested criminal is being quizzed by senior police officers in connection with the kidnapping of three people. A case was lodged with Siwan police station in this connection,” Station house officer of Siwan town police station Jaishankar Pandit.

The police have heaved a sigh of relief after the arrest of Ayub. Majority of the cases were lodged against him at Siswan, Hussainganj, Pachrukhi, Raghunathpur and Manjhi police stations in Siwan district.

A case under Arms Act was also lodged against Ayub at Raurkila police station in Odisha from where he was arrested on August 24, 2005. Besides, he was wanted in a kidnapping for ransom case lodged at Gonda police station.

The ‘khan brothers’ were also responsible for the killing of two police officers identified as B K Yadav and Ganesh Prasad Yadav in Siwan more than a decade ago.