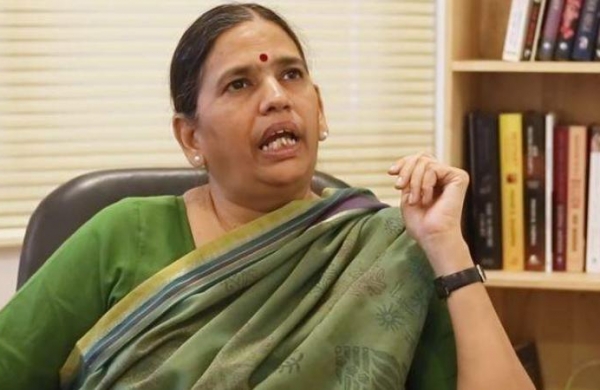 By PTI
MUMBAI: The Maharashtra government told the Bombay High Court on Friday that a sessions court in Pune taking cognisance of the police’s charge sheet in the Elgar-Parishad Maoist links case in 2018 did not cause any prejudice to the accused persons, and therefore, did not entitle Sudha Bharadwaj or her co-accused to default bail.

Advocate General Ashutosh Kumbhakoni, who was arguing on behalf of the state, was referring to the contentions made in a plea filed earlier this year by lawyer and activist Bharadwaj seeking default bail in the Elgar case.

Her counsel Yug Chaudhry had earlier told a bench of Justices SS Shinde and NJ Jamadar that Bharadwaj and her co-accused had been charged for scheduled offences under the Unlawful Activities Prevention Act (UAPA).

Chaudhry had said that only a special court could have taken cognisance of the case that was taken over by the NIA court in January 2020.

He had said KD Vadane, the judge who had taken cognisance of the charge sheet was an additional sessions judge but had pretended to be a special judge and signed his orders as a special judge.

Such lapse entitled Bharadwaj to default bail, Chaudhry had said.

On Friday however, the Maharashtra government opposed the submission.

Kumbhakoni said the fact that a sessions court and not a special court took cognisance of the Pune police’s case could be considered a “irregularity” but not “illegality.”

“In the entire petition, not a whisper that there is failure of justice or any prejudice is caused because of this cognisance,” Kumbhakoni said.

The NIA’s counsel, Additional Solicitor General Anil Singh, too said the above fact did not entitle Bharadwaj and her co-accused to default bail.

He said there was no irregularity in the sessions court taking cognisance of the case until the NIA took over.

“All sessions judges are equal. There is no greater or so, it is merely a question of notification distinguishing them as so,” Singh said, adding that one’s right to default bail accrued if a charge sheet was not filed within 90 days.

“Once the charge sheet is filed, then the right to default bail goes away. Whether cognisance is taken or not is not material to the fact that charge sheet has been filed,” Singh said.

The HC will continue hearing the plea on August 2.