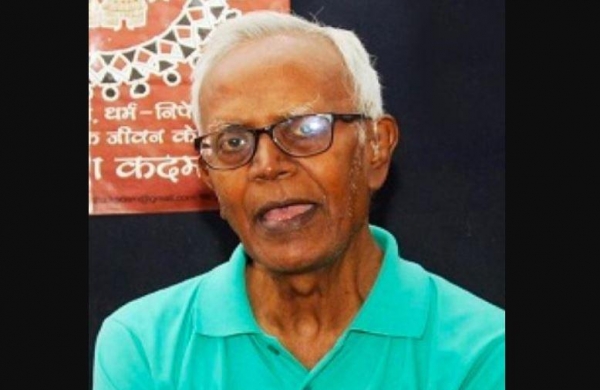 By PTI
MUMBAI: A special court here on Thursday deferred till March 15 its order on the bail plea of tribal rights activist Stan Swamy, arrested in the Elgar Parishad- Maoist links case.

The court was likely to pass the order on Thursday, but deferred it as the National Investigation Agency (NIA) filed some additional documents and Swamy’s lawyer soughttime to respond.

Swamy, currently lodged in Taloja jail in Navi Mumbai, was arrested on October 8 last year by the NIA.

In his bail plea, Swamy had said that he was being targeted by the central agency due to the nature of his writings and work about caste and land struggles of the people of India, and violation of democratic rights of the marginalised citizens of the country.

The bail plea had also said that Swamy was not connected in any way to the organisation of Elgar Parishad event in Pune on December 31, 2017.

However, the NIA has claimed that it has sufficient evidence to prima facie prove that the accused was involved in the deep-rooted conspiracy and was directly involved in the Naxalite movement.

In a related development, the court allowed the exemption plea of activist Varavara Rao, who has been granted interim bail for six months on medical grounds by the Bombay High Court.

Rao had filed an application for exemption from personal appearance as permitted in the high court order granting him temporary bail.

Rao, Swamy and several other activists have been arrested in Elgar Parishad-Maoist links case.

Violence erupted in the vicinity of a war memorial in Koregaon Bhima, on the outskirts of Pune city, on January 1, 2018, allegedly after provocative speeches made at the Elgar Parishad conclave.

The Pune police, which initially probed the case, claimed that the conclave was backed by outlawed Maoist groups.

The NIA later took over the probe in the case in which a number of Left-wing activists and academicians were named as accused.