Elderly farmer participating in a protest in Hisar dies, believed to have suffered heart attack 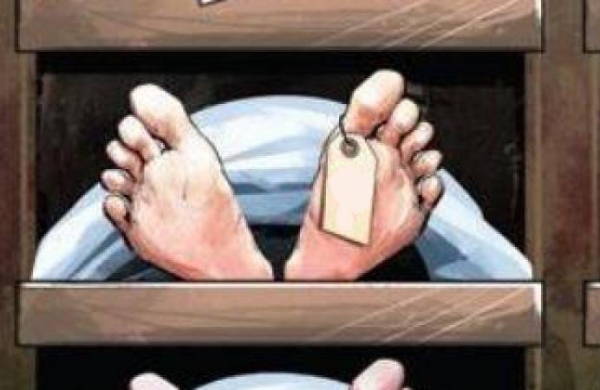 By PTI
HISAR: A farmer, over 70 years in age, who had reached here from a village in Haryana’s Hisar district to be part of a farmers’ protest on Monday died after suddenly collapsing, people at the demonstration site said.

The farmer, identified as Ram Chander Kharab, a resident if Ugalan village, died at the Krantiman Park in Hisar where a demonstration was organised to protest against the registration of a criminal case against several farmers in connection with their clash with police last week after the inauguration of a Covid hospital here.

People present at Krantiman Park told reporters that the farmer had come to Hisar on Monday along with some other people of his village to participate in the protest.

They said that the farmer suddenly collapsed and it is believed, he suffered a heart attack.

“Ram Chander died due to heart attack,” a resident of his village claimed later.

Thousands of farmers had reached Hisar on Monday from various places in Haryana, Punjab, Rajasthan and elsewhere responding to their leaders’ calls for protest.

The Hisar district administration on Monday agreed to withdraw all cases registered against the farmers in connection with the May 16 clash.

The decision to this effect was taken in a meeting between the district administration and the representatives of various farmer unions here.

The Haryana police had lodged a criminal case against around 350 farmers for allegedly attacking government employees and stone-pelting during the protest against Chief Minister Manohar Lal Khattar shortly after he inaugurated a Covid hospital there last week.

The farmers, who reached here from various places since morning, had gathered at Krantiman Park to demand the withdrawal of the case, lodged under the various IPC sections, including the attempt to murder against farmers.