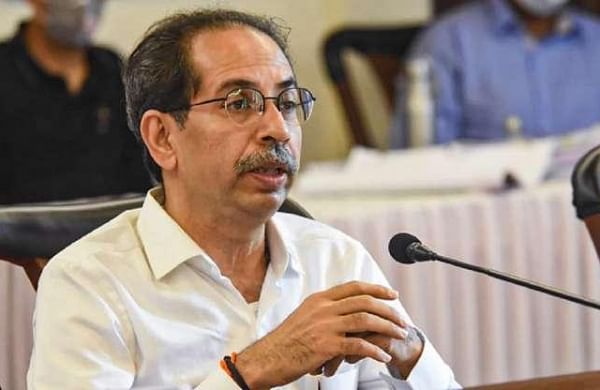 MUMBAI: Days after he resigned as the Chief Minister of Maharashtra, Uddhav Thackeray on Tuesday said Eknath Shinde, who led the rebellion with party MLAs to bring down Maha Vikas Aghadi (MVA) government, backstabbed him.

Addressing Shiv Sena workers here, Thackeray said that he gave Shinde the responsibility of the party.

“Shinde to whom I have given the responsibility of the party backstabbed me, while NCP and Congress remained with us. It is painful to see that those (MLAs and ministers) who won due to Sena workers and got everything has left him,” Thackeray told media persons here.

Earlier in June this year, Eknath Shinde led a group of Sena MLAs against the MVA government, resulting in it losing its majority in the Maharashtra assembly. This also led Shiv Sena chief Thackeray to step down as CM ahead of a floor test.

The new Eknath Shinde-led government in Maharashtra won the floor test on Monday by a 164-99 margin, proving his government’s majority and cementing his position as chief minister of the state and the leader of the Shiv Sena. 164 votes were polled in favour of Shinde, while 99 votes were polled against the newly formed BJP-Shinde camp coalition.

The trust vote comes a day after BJP’s Rahul Narwekar was elected the Assembly Speaker. On Sunday Narwekar reinstated Shinde as the Shiv Sena’s legislative party leader and also recognized the appointment of Gogawale as the chief whip of the Shiv Sena.

After the Maharashtra government won the trust vote in the state Assembly, Shiv Sena’s Eknath Shinde faction on Monday gave a petition to Assembly Speaker Rahul Narwekar for the suspension of 16 MLAs of the party belonging to Uddhav Thackeray’s camp for violation of whip.

The Speaker’s office confirmed that 16 MLAs will be issued notice for suspension. Gogawale had also issued a whip to the party MLAs to remain present in the Vidhan Sabha for the floor test.