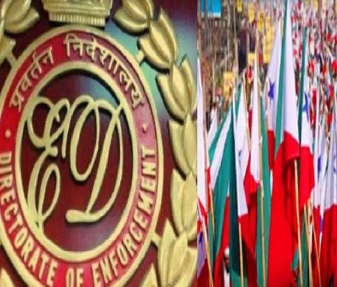 The Directorate of Enforcement is going to start probe over PFI links in Hathras conspiracy from next week. The Uttar Pradesh Police alleged that funding of around Rs 50 crore was sourced by the Popular Front of India (PFI) from Mauritius to incite violence in Hathras.

The Popular Front of India (PFI), the Kerala-based Muslim organisation, has once again been accused of “conspiring” to instigate communal violence in Uttar Pradesh. As per sources, the ‘Justice for Hathras’ platform launched by alleged conspirators through this portal was being used to spread hate speeches, edited pictures, fake news, edited videos amongst others to incite “ethnic and communal violence.” Links of the Popular Front of India (PFI), the Social Democratic Party of India (SDPI), Amnesty International and foreign countries were found through the website.