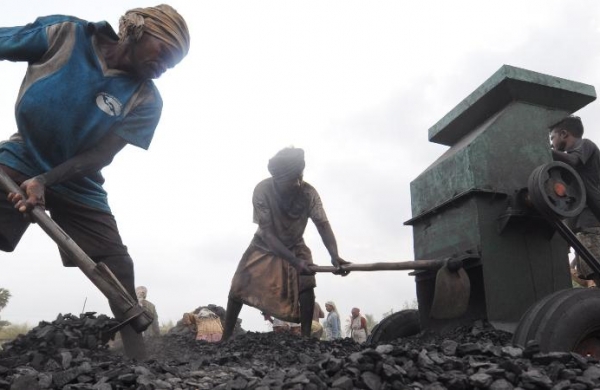 The police officer, apart from TMC youth wing leader Vinay Mishra’s brother Vikas Mishra, was arrested by the ED in a case which has local trader Anup Majhi alias Lala as the prime suspect.

The inspector was arrested by the ED here on April 3 and the court had sent him to custody till Wednesday.

The court extended his ED remand till April 12.

The ED case under the Prevention of Money Laundering Act (PMLA) was filed after studying a November, 2020 FIR of the CBI alleging a multi-crore coal pilferage scam related to the Eastern Coalfields Ltd mines in the state’s Kunustoria and Kajora areas in and around Asansol.

The ED, in the remand note, alleged that certain illegal mining instances were flourishing in the state under the “patronage” of the political party in power.

The agency connected the policeman to Majhi, Vinay and Vikas Mishra, going up all the way to the Abhishek Banerjee’s family.

The Diamond Harbour MP has denied these allegations.

All coal assets fall directly under Centre and are guarded by the Central agencies.

If BJP thinks TMC leaders got money from those illegally operating the coal assets, then what’s stopping Centre from investigating all culprits who failed to manage these national assets? he had tweeted earlier this week.

He added, “Also it is ABSOLUTELY HILARIOUS that according to BJP, Coal Ministry and Home Ministry officials were more keenly following TMC leaders’ orders than listening to their own bosses’ (Read Modi-Shah’s) commands! Whom are you fooling.

” The ED said documents seized from Majhi and Niraj Singh showed the former had “maintained detailed coded records in the form of payments made to various entities from the proceeds of crime generated from illegal coal mining”.

“…it is further revealed that in a span of less than 2 years, an amount to the tune of Rs 1,352 crore has been illegally generated by Majhi through illegal coal mining,” the agency claimed.

“Investigation also revealed a deep system of political patronage and well-oiled network by which the system was subverted to carry out these illegal activities in a brazen manner.”

Quoting the recorded statement of an unidentified “close associate” of Majhi, the ED said the alleged kingpin of this coal pilferage scam did his “illegal coal mining business smoothly by managing senior functionaries of the political party of West Bengal though Inspector Mishra.”

The ED also annexed the recorded statement of the Inspector where he allegedly stated that “Vinay Mishra was the secretary of TMC and was very close to Member of Parliament Abhishek Banerjee.”

The policeman told the ED that he once transferred about Rs 1-1.5 from the state to Delhi allegedly on the directions of Vinay Mishra and this was done under political pressure and knowing his (Vinay Mishra) clout in the party, he (Inspector Mishra) has to obey him or his career will be finished.

“He (Inspector Mishra) facilitated in transferring funds through a non-banking channel from India to London for a close relative of Shri Abhishek Banerjee and the funds were transferred by Niraj Singh (Majhi’s accountant).”

“The message regarding funds transfer to Thailand from India was forwarded to him either by Vikas or Niraj Singh and that the subject transaction of Thailand was related to Rujira Banerjee who is the close relative (wife) of Abhishek Banerjee,” the ED said quoting the statement recorded by it of Inspector Mishra.

According to the scheme under the criminal provisions of the PMLA, a statement made during investigation under the said law is admissible in the court.

The agency claimed that documents it seized show that “Majhi assisted in transferring substantial funds derived from the proceeds of crime to Shri Abhishek Banerjee’s close relative (wife and sister-in-law) at London and Thailand.”

The ED alleged the police Inspector “became the part of evil axis of coal mafia, corrupt politicians and corrupt government servants….and evidence is there about him receiving tainted funds of Rs 168 crore in just 109 days from Majhi and for his political bosses including Vinay Mishra and for himself.”

“He is a government official but worked closely with the coal mafia and involved in transferring the tainted funds collected from illegal coal mining business to the overseas bank accounts of politically influential persons and their close family members of West Bengal,” the ED alleged.

The case has picked up political links after Abhishek Banerjee’s wife Rujira was questioned by the CBI some time back.

The state is in the midst of an eight-phase polling for its 294-seat assembly.