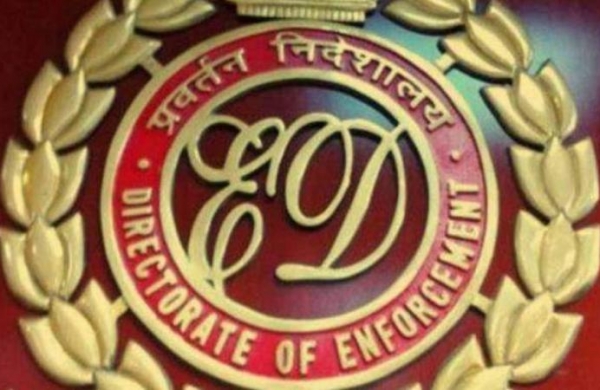 By PTI
NEW DELHI: The Enforcement Directorate has filed its first chargesheet against Popular Front of India and its students’ wing on money laundering charges, claiming its members wanted to “incite communal riots and spread terror” in the aftermath of the last year Hathras gang rape case.

The central agency has been probing the Popular Front of India (PFI), formed in 2006 in Kerala and headquartered in Delhi, since 2018.

The prosecution complaint or chargesheet was filed before a special PMLA court in Lucknow on Wednesday under various sections of the Prevention of Money Laundering Act (PMLA).

The special court took cognisance of the ED chargesheet and issued summons to the five accused for appearing before it on March 18 and face trial, official sources said on Thursday.

Rauf was arrested by the ED from an airport in Kerala in December last year while he was “trying to flee the country”.

The rest four were arrested by the Uttar Pradesh Police in Mathura last year while they were on their way to Hathras after the alleged gangrape and death of a Dalit woman in that district.

The ED claimed in a statement issued here that the four were going to “disturb communal harmony, incite violence and spread terror.”

A fresh PMLA case was filed by the ED against PFI operatives on the basis of a Uttar Pradesh Police FIR.

The agency said its probe found “that the visit (to Hathras) of these PFI/CFI members was under the instructions of Rauf Sherif and funds for the same were also provided by him.”

“ED investigation has established that Rauf Sherif entered into a criminal conspiracy with PFI members stationed in Gulf countries to fraudulently transfer money raised/collected abroad by PFI in the guise of payments related to business transactions,” it said.

“The money was laundered through different layers and eventually reached Rauf Sherif and his associates belonging to PFI and CFI,” the ED said.

Calling these funds of Rs 1.36 crore as “proceeds of crime, the agency said that it was obtained as a result of criminal activity relating to criminal conspiracy.

Part of the funds was used by PFI and CFI office bearers, members, activists in India “for their continuous unlawful activities over the time which included, but were not limited to, funding of anti-CAA protests, inciting violence and fomenting trouble which led to Delhi riots in the month of February, 2020, and in respect to the more specific incident investigated in this chargesheet that is the purported visit of PFI/CFI to Hathras with an intent to disturb communal harmony, incite communal riots and spread terror”, the ED said.

It alleged that Kappan took “active part in the conspiracy (in Hathras) as he had relations with PFI and was involved in use of proceeds of crime and transferred funds into the bank account of Rahman.”

The car used by these four to travel to Hathras was purchased in cash with “crime money” of Rs 2.25 lakh about 10-15 days prior to their visit, the ED said.

The agency claimed that a “part of proceeds of crime was projected as untainted money and used for purchase of land and was thus parked to enable future use by PFI/CFI.”

The source and disbursal of these funds is under investigation, it said.

“PFI has been continuously indulging in various scheduled offences under the PMLA ever since the Narath (Kannur) arms training case of 2013 investigated by the NIA in which members of PFI/SDPI were convicted of organising a terrorist camp and entering into criminal conspiracy to impart training to the youth in use of explosives and weapons, with an intention to prepare them for terrorist activities,” the ED said in its statement.

It claimed that the “involvement of PFI and its related organisations in the commission of such scheduled offences and the money transfers and cash deposits have significantly increased since the said incident in 2013”.

The PFI has been “involved” in anti-CAA protests and several of its members and activists were also arrested by the Delhi Police in the riots case, the ED said.

“These funds have been remitted to India through hawala and under-ground channels and through remittances sent to the accounts of members/activists/office bearers of PFI and related organisations and also to their family members and associates,” it said.

“Statutory compliance for collection of funds abroad and their remittance to India have not been done by PFI and its related organisations like Rehab India Foundation (which received around Rs 50 lakh as foreign contribution from abroad) as they are not registered under the Foreign Contribution Regulation Act, 1976,” the ED said in its charges against PFI.

Investigation regarding money laundering activities of PFI and its related organisations, and use of funds in various unlawful activities is in progress and supplementary chargesheets shall be filed, it said.