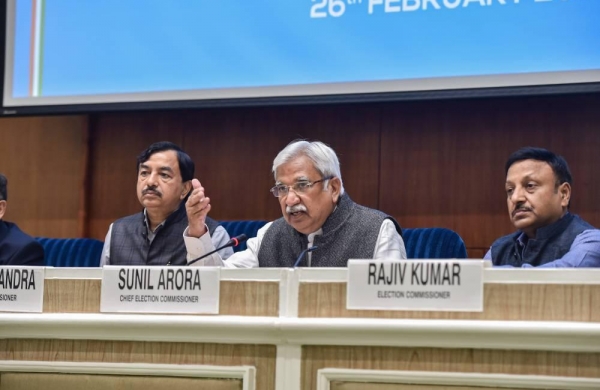 By Online Desk
The Election Commission has directed the Centre to remove the photos of PM Modi on coronavirus vaccination certificates in states where the model code of conduct is in place.

The ruling TMC in West Bengal had on Tuesday approached the poll panel about the PM’s image on vaccination certificates generated through the Co-Win platform being a violation of the model code of conduct in Bengal and other poll-bound states. The EC had sought a report from the West Bengal chief electoral officer to verify the veracity of the TMC’s complaint.

Based on the CEO’s report, the EC has now instructed the Health Ministry to adopt a system so that the PM’s photo does not appear on the vaccination certificates distributed in in West Bengal, Assam, Kerala, Tamil Nadu, and Puducherry- the five states going for polls starting from March 27.