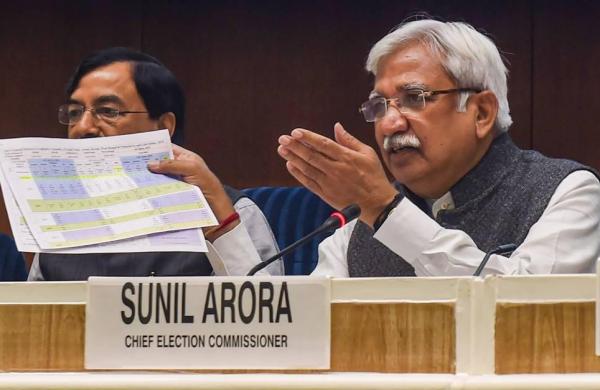 By PTI
KOLKATA: The Election Commission on Monday appointed a fourth observer for poll-bound West Bengal for the coming ensuing assembly election, a source at the office of the CEO here said.

“We have three observers working here in West Bengal. Another police observer has been appointed and he will be reaching the city on March 17,” the official said.

“We already have observers at places where the election is slated in the first and second phases (March 27 and April 1)” he added.

The EC has already appointed Ajay V Nayak as the special general observer and Vivek Dubey as special police.

B Murli Kumar has been appointed as the special expenditure observer.

Meanwhile, the CEO has received at least 176 nominations for the second phase of polling in 30 constituencies.

Nominations have also been filed by 34 independents and 47 others, he added.

Monday was the day for scrutinising nominations for the second phase of the elections.