Each batch of Covaxin undergoes over 200 tests, says Bharat Biotech over quality concerns 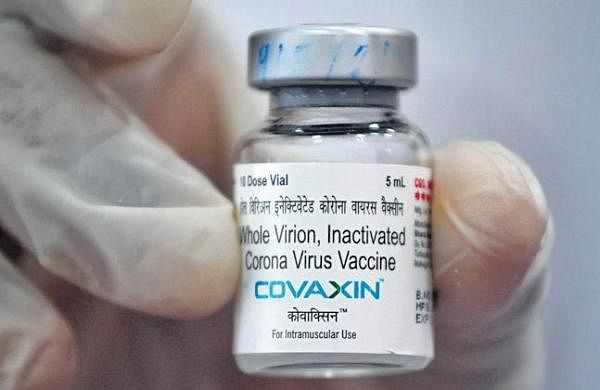 NEW DELHI: Bharat Biotech on Thursday clarified that Covaxin supplied for the country’s Covid vaccination drive came only from its Hyderabad facility after undergoing nearly 200 quality tests before being tested finally at a central government laboratory.

The clarification comes following a statement by a senior government adviser NK Arora, head of the National Technical Advisory Group on Immunization, who recently said that the Covaxin production scale-up had been delayed as the vaccine manufactured at the company’s Bengaluru facility was not of the “right quality”.

Later, however, he insisted that his statement had been misrepresented and some other functionaries in the Union health ministry, too, backed his clarification.

The vaccine maker, meanwhile, said now that thus far, all batches of Covaxin were manufactured and released only from its facilities at Genome Valley in Hyderabad, which is fully audited and approved by regulatory authorities.

Every batch of Covaxin is subjected to more than 200 quality control tests at our facilities, followed by submission samples to Central Drugs Laboratory under the health ministry before being released commercially, the company said in a statement.

It added that since early June, manufacturing of the vaccines has commenced at Malur, Karnataka, and Ankleshwar in Gujarat, prior to which engineering batches were also executed to study equipment functionality.

“Products manufactured from these facilities will be available for supplies during September. This is based on our 120-day timeline for manufacturing, testing, release, regulatory approvals, and distribution,” said Bharat Biotech.  Emphasising that the company has always stressed the high-quality vaccines, it highlighted that the firm has not sought indemnity from the government for any adverse events from Covaxin.  The company also sought to underline that vaccine manufacturing, testing, and release is a complex multifactorial science involving inputs from more than 30 scientific and technological disciplines.

“This is evident from the fact that since the start of the pandemic only 2 vaccine companies have been able to supply Covid vaccines to the government.”  The strong-worded statement also said that “fake news and false and misleading narratives” may result in unintended consequences of creating panic in the population, cause vaccine hesitancy and extend the country’s timelines to return to normalcy and restoration of livelihoods.

“We humbly request media organizations and influencers to use caution, restraint, detailed analysis in their reportage and their external communication,” said the company.