Due to sudden change of weather in the state, the entire area from Amarkantak to Gorela-Pendra-Marwahi district is in the grip of cold wave. 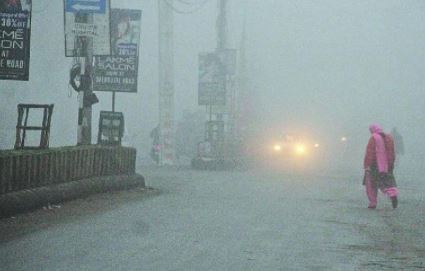 Due to the changing weather patterns, many districts of the state received rain on Friday. There has also been an increase in cold due to rain. There has been a heavy fall in temperature in many areas of the state. At the same time, dew drops once again. The capitalists have also felt the cold on Saturday morning. The lowest temperature of this season has been recorded in Pendra area today, where the mercury reached a minimum of 4 degrees. Even in Amarkantak area, the freezing cold has started and today the mercury reached the minimum level of three degrees here. The entire area from Amarkantak to Gorela Pendra Marwahi district has been hit by cold wave. Along with this, the effect of fog is also seen in Mainpat. Fog also made it difficult to walk on the road in Surguja. It is freezing in the area.