Du Piedal Nutrition Bar: Cycle rally to be held on Sunday from Chitrakote to Michnar 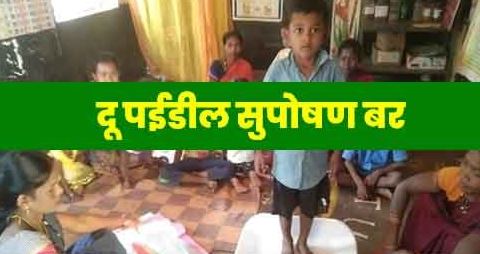 As part of the state government’s malnutrition liberation campaign, a huge cycle rally will be organized by the Bastar district administration on Sunday, 17 January, under the Du Piedal Suchitran Bar Program. This cycle rally will start from Chitrakote tomorrow at 6 am. MP Bastar Shri Deepak Badge will be present as the chief guest at the inauguration of this cycle rally. The program will be chaired by MLA Chitrakote Mr. Rajman Bejam. As a special guest in the program, Bastar Vikash Authority Chairman Mr. Lakeshwar, MLA Jagdalpur Mr. Rekhachand Jain, Chairman Janpad Panchayat Lohandiguda Mr. Mahesh Kashyap District Vice President Mr. Yogesh Badge, District Panchayat Member Mrs. Padma Kashyap Mrs. Malati Badge and District Member Mrs. Lalitha Yadav and Sarpanch Gram Panchayat Chitrakote Mrs. Butki Kashyap will be present. All preparations have been completed by the district administration to make this event successful. On January 17, the cycle rally will start at 06 am near the Shiva temple near the Chitrakote Falls. The bus will also be dispatched from the Collectorate Jagdalpur at 05 am to take Chitrakote for the volunteers joining the rally. During this time, Madai will also be organized in Tamdaghumar, Michnar and Chitrakote. Where rock climbing, water rappelling and sahasik sports will also be organized at Chitrakote Falls. The district administration has appealed to participate in this mass awareness campaign in maximum numbers.