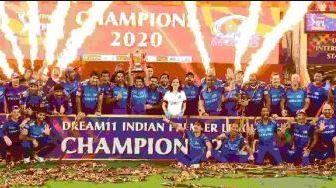 In fact, their arch-rivals Chennai who had an awful Dream11 IPL 2020 campaign, became the most tweeted team during the course of the tournament played in the UAE, as reported by Twitter India. This was the first time that the Chennai IPL team failed to make it to the playoffs of the cash-rich league as they ended up at the seventh position on the points table. However, the Yellow Army’s dismal performances didn’t affect their popularity as their name was seemingly on everyone’s minds on Twitter.Moreover, what’s surprising is that Mumbai aren’t even the second most tweeted team as Virat Kohli’s Bangalore beat Rohit Sharma’s side to become the second most tweeted team during Dream11 IPL 2020. Chennai and Bangalore are followed by Mumbai, Hyderabad, Kolkata, Rajasthan, Punjab and Delhi.