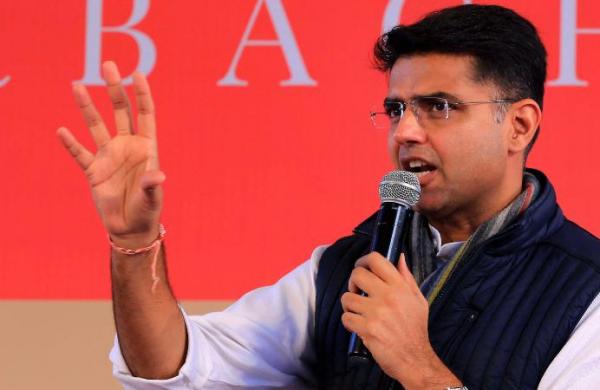 By PTI
NEW DELHI: Urging the Centre not to make the agri laws a “prestige issue”, senior Congress leader Sachin Pilot on Thursday asserted that the government must let go of its “stubbornness” to immediately repeal the legislations, and said that when the BJP could not convince its allies like the Akali Dal and the RLP on the issue, how can it expect the farmers to accept the laws.

A day ahead of former Congress chief Rahul Gandhi’s visit to Rajasthan to raise the voice of the farmers against the farm laws, he said that the Centre should withdraw the laws and after thorough consultation with farmers and states, come up with a new set of legislations which the tillers would themselves want and is not something that is forced upon them.

In an interview with PTI, Pilot slammed the BJP for stating that the Congress had made a “U-turn” on the farm laws, saying it was the BJP which was prone to making ‘U-turns’, while his party was consistent on all issues.

While the Congress supported agri reforms, it did not back laws which are “contrary to the interest of the farmers”, said the former Rajasthan deputy chief minister, who addressed two kisan panchayats in Dausa and Bharatpur recently, which saw a massive turnout.

“First of all, they (BJP) made a U-turn on Aadhaar, then on GST, MGNREGA, FDI and so many issues. The Congress said we want to get new investments (in the agri sector) and technological inputs, want more ‘mandis’, liberalise the system, but never said we will make laws contrary to the interest of the farmers,” he said.

Stressing that the government should set aside its “ego” and let go of its “stubbornness” to repeal the laws, Pilot said almost all political parties and even the BJP’s allies – be it the Akali Dal or Hanuman Beniwal’s Rashtriya Loktantrik Party (RLP) – opposed the laws.

Both the Akali Dal and the RLP quit the BJP-led NDA, opposing the farm laws brought in by the government.

“They were not able to convince their own NDA partners, how can they expect the farmers to be convinced by these laws and accept them,” Pilot said.

“I don’t think they should make it a prestige issue,” the former Rajasthan Congress chief said.

Asked if there could be a middle path or the repeal of laws was the only option, Pilot said the farmers have explicitly said that they want a complete withdrawal of the laws and the Congress stands firmly behind their demand.

Criticising the three farm laws, Pilot said the first major problem with them is that they were made without consultation with any stakeholder as no farmer unions or state government was involved in the making of the laws.

“Clearly these three laws that the government has made are not in the interest of the farmers because they are protecting everybody but the farmer.

You dismantle the ‘mandi’ system and remove the stock limits, you are obviously encouraging large conglomerates and huge companies who can manage and maintain huge granaries”, which could lead to manipulation of the food grain market in the future, he claimed.

Asked about the BJP’s assertion that the ‘mandi’ system will stay and the law only provides more options to the farmers, Pilot said that the BJP had also claimed that the farmers’ income will be doubled and Rs 15 lakh will be transferred in the accounts of people, none of which happened.

“The law is in favour of a few individuals which will then control the sector.

There is only so much food grain that is grown and harvested, if the government stops or drastically reduces procurement, where will the food security act go, from where will the food come for the supply for the PDS (public distribution system),” the 43-year-old leader said.

He hailed the efforts of former Congress chief Rahul Gandhi and party general secretary Priyanka Gandhi Vadra for strongly opposing the laws and standing with the farmers while extending moral support to them in various places.

“Mr Gandhi vehemently opposed the laws and he is coming to Rajasthan to give support to the demand of the farmers to repeal these laws.

He is touring three or four agrarian districts and will take part in many ‘kisan sabhas’ and will meet farmers and give support to their demands,” he said of Gandhi’s two-day visit to the state on February 12-13.

Referring to the multi-layered barricading and iron nails studded on roads at the protest sites on Delhi’s border points, Pilot said the farmers are sitting at the Delhi’s borders for the last 80 days and not a single incident of violence took place as they were agitating on truly Gandhian philosophy, but had to face severe intimidation.

“What happened on Republic Day, every individual has condemned that.

We have to investigate how that happened and now they have caught the main accused who is not a farmer,” Pilot said, referring to the violence in Delhi during the protesting farmer’s tractor rally on January 26.

“The huge deployment, nails being dug and barricading, gave a sense that the government is attempting to suppress the farmers by oppressive means,” Pilot said.

Thousands of farmers have been protesting at Delhi’s borders with Haryana and Uttar Pradesh demanding the rollback of the Farmers’ Produce Trade and Commerce (Promotion and Facilitation) Act, the Farmers (Empowerment and Protection) Agreement on Price Assurance and Farm Services Act, and the Essential Commodities (Amendment) Act.