Don’t want to be on a film set: Drew Barrymore rules out return to acting 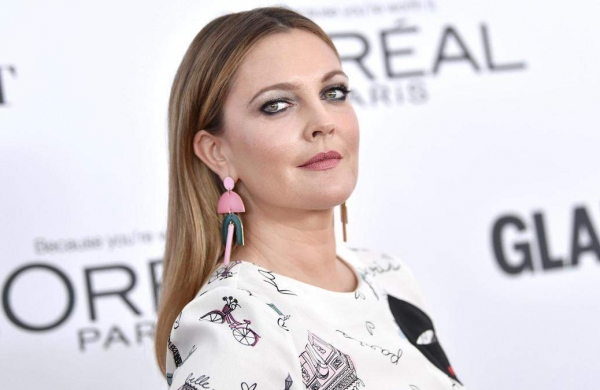 By PTI
LOS ANGELES: Actor Drew Barrymore says she has no immediate plans to make a comeback to acting as she is still focused on raising her two kids.

The 46-year-old actor, known for movies such as “Charlie’s Angels”, “50 First Dates” and “Never Been Kissed”, recently made an appearance on SiriusXM’s “Radio Andy” on Wednesday where she was asked if she was planning to return on the screen.

“If I’m being honest, the answer is no. I don’t want to be on a film set right now, but that could change when my kids are older,” Barrymore said.

The actor, who shares two daughters — eight-year-old Olive and six-year-old Frankie — with her ex-husband Will Kopelman, said the decision to stop acting was a “no-brainer” for her as she wanted to be present for her children.

“I stopped doing these when my kids were born because I’ve done it since I was in diapers at 11 months old when I started. And it was a no-brainer to me to put making movies on a back burner so that I could be present and raise my kids myself.”

“I didn’t want to be on a film set asking the nanny how the kids were. I was like, that is not my journey. And so when you step away from it, it’s a lot less scary,” Barrymore said.

The actor’s most recent film appearance was in 2020’s “The Stand-In” following a five-year hiatus from movies.

Barrymore, however, hadn’t entirely stopped acting as she starred on Netflix’s show “Santa Clarita Diet” for three seasons from 2017 to 2019.

“I got to do at the perfect time, this like Netflix show called ‘Santa Clarita Diet.’ That was, I have to say, I was so knee-deep into mothering my kids. I was like, I don’t know who I am anymore. I think I went way too far the opposite direction,” she added.

The actor said the show “saved” her because it happened at a time when she was going through a tumultuous phase in her life.

“It was just perfect and it was comedy and it was delicious and it was fun and it was irreverent and I couldn’t have loved it more. And it really saved me,” Barrymore said.

“I had gained a lot of weight. I had lost my way. I was going through a really difficult divorce in that it just was the worst thing and everything I didn’t want to happen. And that’s what made it difficult. And that show was the greatest thing that could have ever happened to me,” she added.